After two failed execution attempts and a torturous multi-hour execution of a third person within the past four months, Alabama Governor Kay Ivey has officially suspended executions in Alabama. Today, the governor asked the state’s attorney general to withdraw pending motions to set execution dates for Alan Miller and James Barber. She also asked the Attorney General’s Office to forgo seeking additional execution dates until the Alabama Department of Corrections conducts a “top-to-bottom review” of the state’s execution process.

In response to the governor’s announcement, EJI issued the following statement:

Governor Ivey’s call for a suspension of executions is a welcome and huge relief to many of us who see the tragedy that has come out of these horrific failed executions.

A society is judged not just by its response to crime and criminality but also by how it treats people who are imprisoned, condemned, and punished.

What has happened during executions in Alabama is unconscionable, unnecessary, and completely avoidable.

State officials need to own their failures with these recent torturous executions, and our dangerous and out of control prisons, if things are going to improve.

Lower federal courts in both of the recent executions took the rare step of telling Alabama officials that executions should not proceed given the uncertainty and unreliability surrounding Alabama’s protocols and procedures. The State ignored these federal orders, which resulted in shocking, torturous proceedings that provided justice to no one.

Improved reliability will require state officials to not just blame condemned prisoners, lawyers, and others who have a right to insist on constitutional procedures that are not cruel.

It will mean thoroughly examining their own protocols and procedures and being less secretive and dismissive of the great responsibility they have if they are going to engage in lethal punishment. 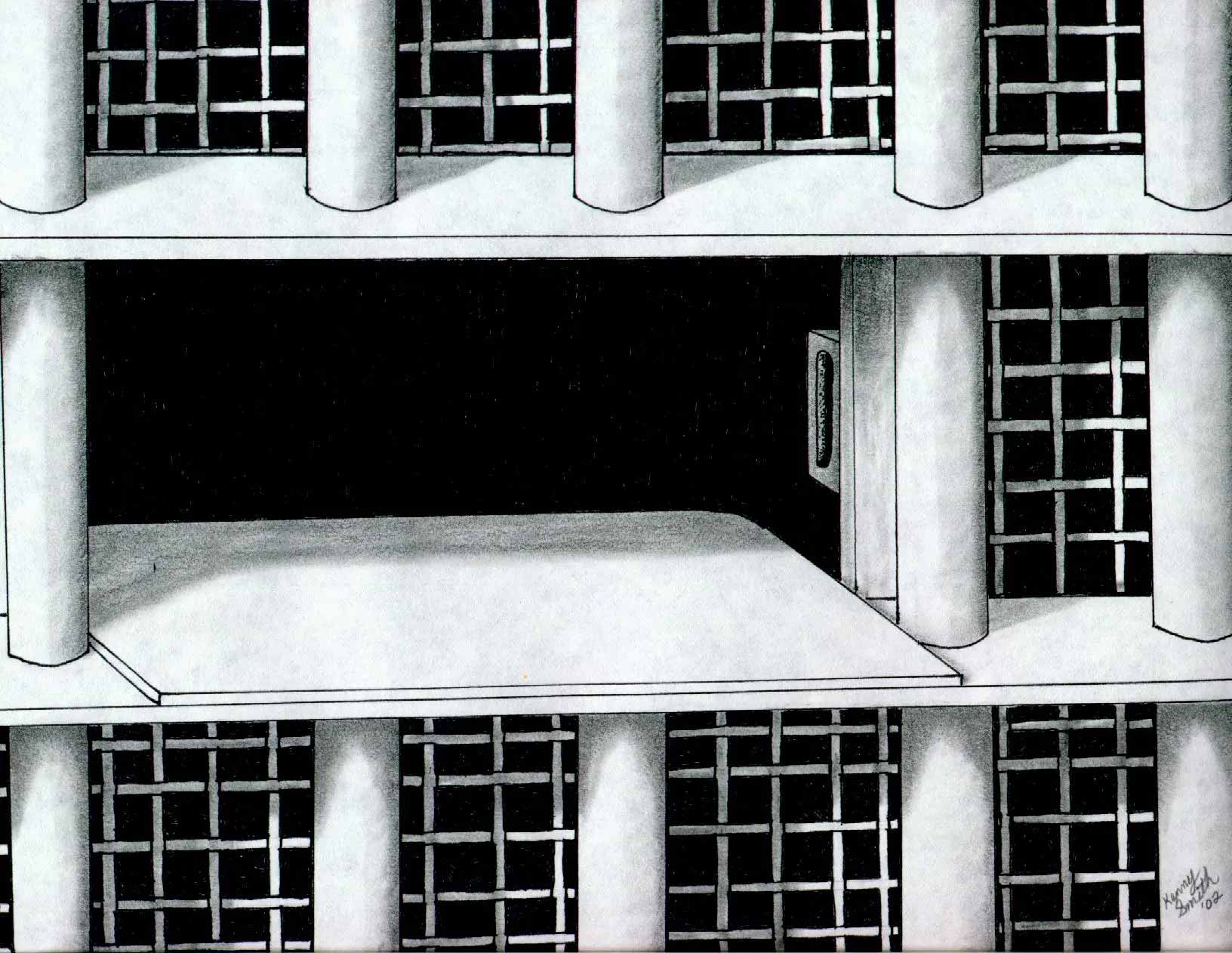 Artwork by Kenny Smith, who survived a torturous execution attempt on November 17, 2022.

Governor Ivey’s announcement came just days after Alabama failed in its attempt to execute Kenny Smith. Mr. Smith had been strapped to a gurney for over an hour while state correctional staff tried unsuccessfully to establish IV access. The State called the execution off shortly before midnight on November 17.

The State’s botched attempt to execute Mr. Smith is actually the third time in the past four years that it has failed to carry out a lethal injection. On September 22, Alabama botched its attempt to execute Alan Miller when prison staff could not establish intravenous access and the execution had to be suspended.

And in 2018, Alabama was forced to call off its execution of Doyle Hamm because prison staff could not set an IV line after two and a half hours. Then-ADOC Commissioner Jeff Dunn told reporters, “I wouldn’t characterize what we had tonight as a problem,” but photographs revealed that the execution team had jabbed Mr. Hamm with needles more than 10 times in his feet, legs, and groin, likely puncturing his bladder.

Less than four months ago, a protracted and gruesome process was revealed surrounding the July 28 execution of Joe James, who was subjected to several hours of torturous needle sticks before he was executed.

Alabama Department of Corrections Commissioner John Hamm issued a statement today agreeing with Governor Ivey’s action. “Everything is on the table,” he said, “from our legal strategy in dealing with last minute appeals, to how we train and prepare, to the order and timing of events on execution day, to the personnel and equipment involved. The Alabama Department of Corrections is fully committed to this effort and confident that we can get this done right.”

Remembering Black Veterans Targeted for Racial Violence in the U.S.