You can help end over-incarceration and excessive punishment. 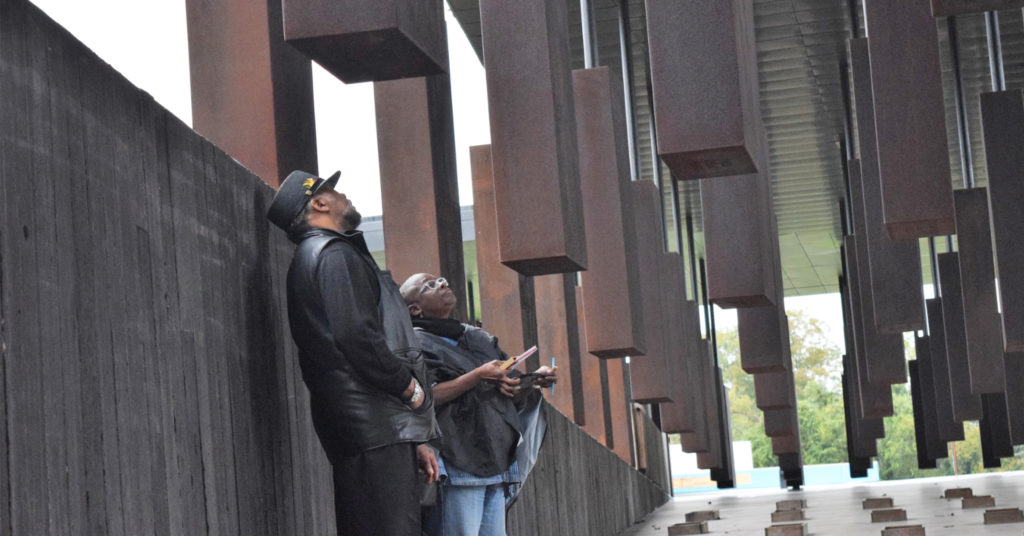 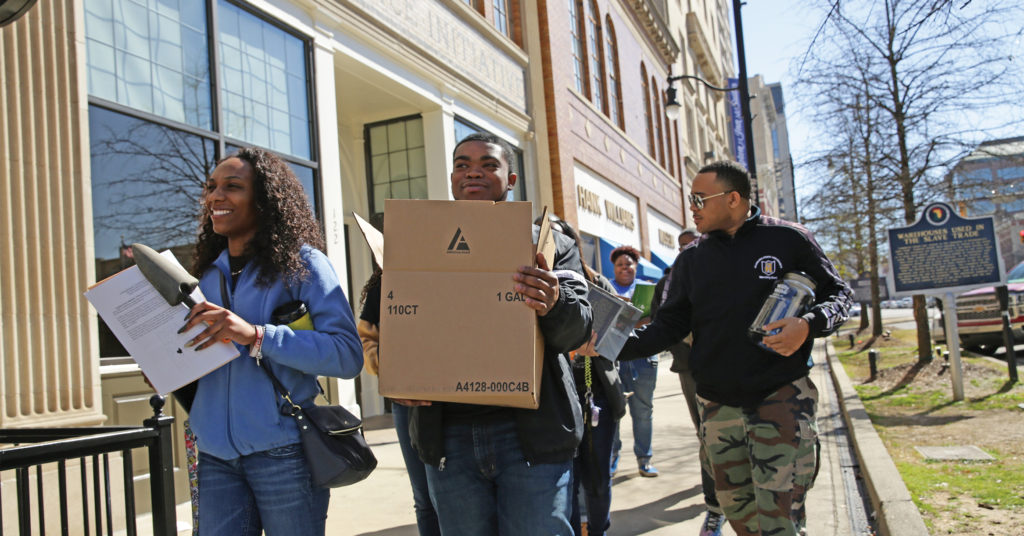 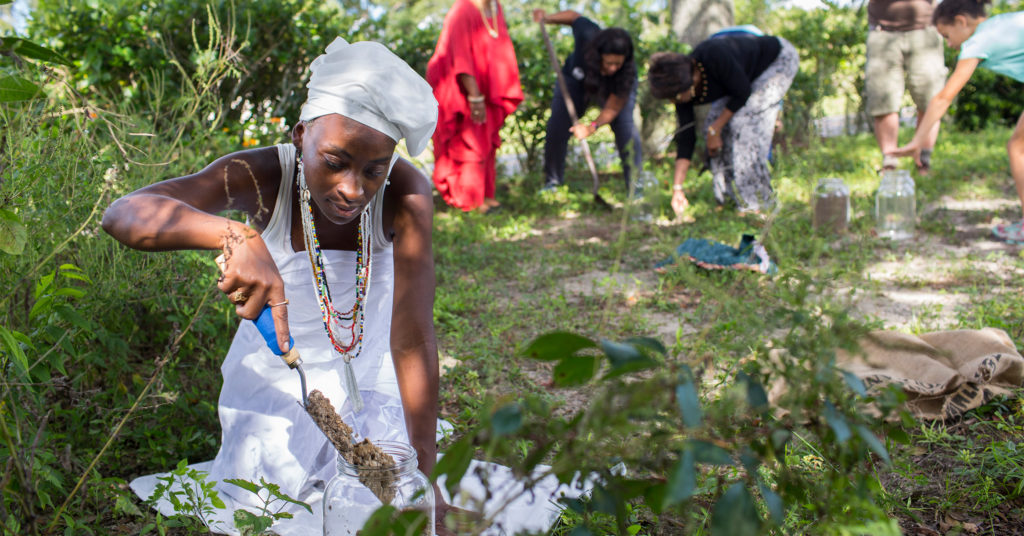 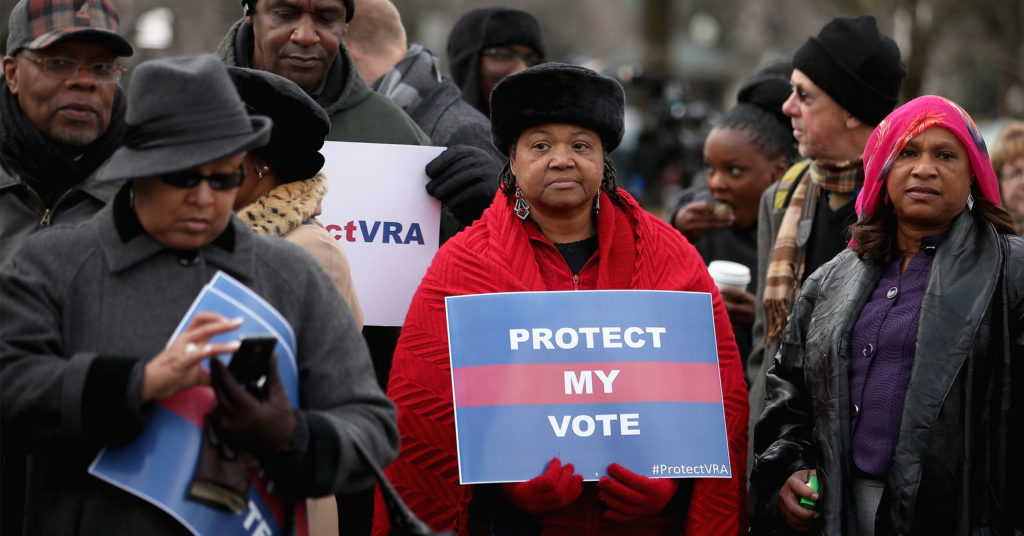 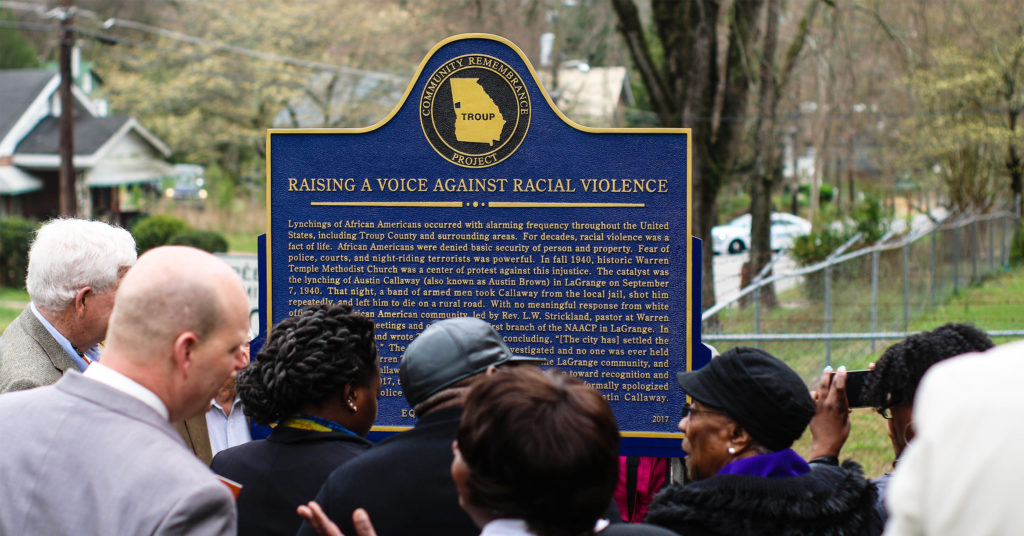 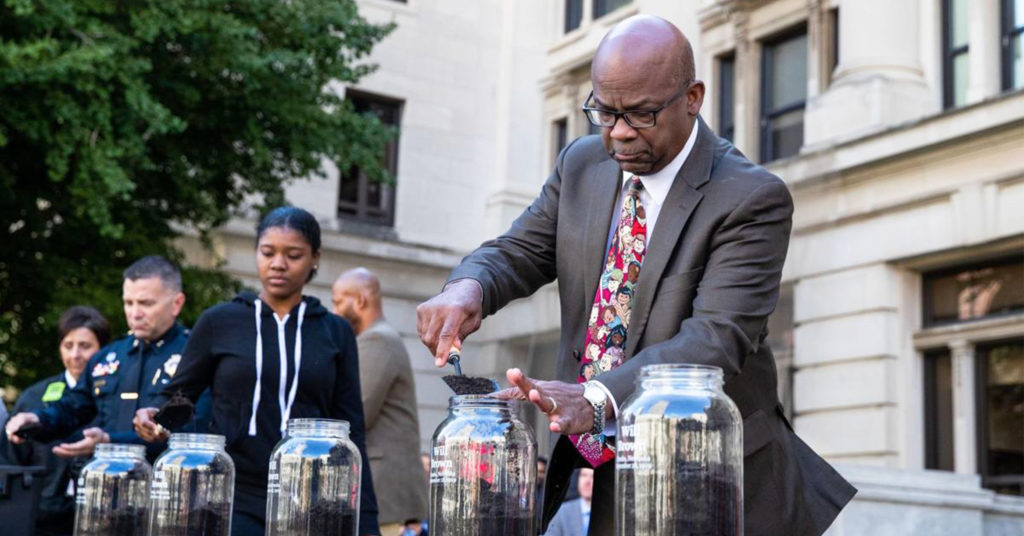 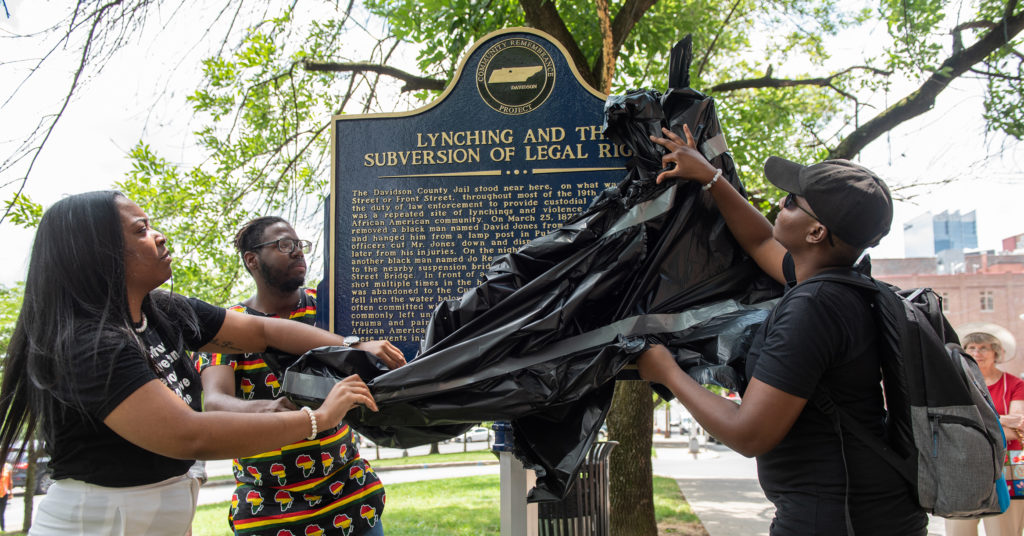 There are thousands of innocent people in jails and prisons in the U.S. Tens of thousands have been unfairly sentenced. The conditions in too many prisons are inhumane and abusive and put people at great risk of violence.

The best way to start is to find out more about criminal justice issues in your own community.

A major contributor to wrongful convictions is official indifference to innocence and error—police, prosecutors, and judges are not held accountable for misconduct that leads to wrongful convictions or for refusing to re-examine evidence of innocence. Immunity laws protect prosecutors from liability even when they falsify evidence, coerce witnesses, or present false testimony.

But most local prosecutors in the U.S. are elected, which means you can hold your District Attorney accountable at the ballot box. Seek out your District Attorney and ask what they’re doing about wrongful convictions. Many prosecutor’s offices have a division that works to prevent, identify, and remedy false convictions, often called a Conviction Integrity Unit (CIU). Learn more about CIUs and urge your local prosecutor to develop an active CIU in your community.

On any given night, there are at least 133,000 people in U.S. prisons and jails for drug possession. Hundreds of thousands more are on probation, parole, or other supervision. Disproportionate arrests, convictions, and sentences for drug offenses have devastated communities of color. People convicted of drug offenses face severe collateral consequences, including the loss of financial aid, eviction from public housing, disqualification from occupational licenses, loss of the right to vote, and denial of public assistance.

Experts now recognize that substance abuse is a health problem that requires a health care response. Countries like Portugal have successfully decriminalized drug use and possession as part of a comprehensive health-oriented approach that included a major expansion of treatment and harm reduction services. Seattle is leading the way in the U.S. with a program that engages police officers to divert drug users who are nonviolent and want help to social service programs and intensive case management instead of arresting them. Learn more about decriminalization and find out what your community is doing to help people struggling with addiction. Urge your elected officials—prosecutors, law enforcement, municipal and county leaders—to develop programs that provide treatment rather than imprisonment.

Courts have recognized that children are different from adults when it comes to culpability for criminal behavior and the kind of care, treatment, and punishment that is appropriate. The Supreme Court has said that hopeless sentences like life imprisonment without parole should almost never be imposed on children, but many prosecutors continue to push for children to be condemned to die in prison. In most places, prosecutors decide whether to charge a child in juvenile or adult court in the first place. Learn more about children in adult prisons and talk to your District Attorney about their response to children who come into conflict with the law.

The Prison Rape Elimination Act prohibits placing children in adult jails or prisons, where they are at great risk of violence and abuse. But it’s estimated that thousands of children are still housed with adults. Find out the practice in your community and urge your local sheriff or jail administrator to commit to never incarcerating a child with adults.

The task force generated 59 recommendations with 92 action items in its Final Report of the President’s Task Force on 21st Century Policing, which provides clear direction on how to build trust with the public. The task force also prepared an implementation guide to help communities implement their recommendations.

Learn more about these expert recommendations to improve public safety and strengthen relationships between police and the communities they serve, and find out what community policing programs exist in your community. Ask your local law enforcement leaders what they are doing to build trust with people of color and people living in poverty and how they’re addressing unjustified police violence.

Every day, 310 people are shot in the U.S. Every 16 hours, a woman is shot dead by her current or former partner. Americans kill each other with guns 25 times the rate of other high-income countries, costing the economy at least $229 billion every year.

EJI believes the key to true prison reform is violence prevention. Instead of using incarceration as the only response to violence in our society, we should devote resources to addressing the underlying causes of crime, including poverty, discrimination, inadequate mental health care, and the proliferation of guns.

Learn more about organizations that are working to end the crisis of gun violence.

Just Mercy
The Sun Does Shine

More than half a million people are released from prison every year in the U.S. with virtually no help to manage the inherent challenges of re-entering society. Stringent parole conditions and a lack of support for those re-entering the community have created a high recidivism rate among parolees, who face exploitative fees charged by private companies and are threatened with parole revocation and re-incarceration if they cannot afford to pay.

You can help by volunteering to support someone returning to your community. Contribute your individual skills and passion to a re-entry or criminal justice reform organization in your community.

Employment is critical to successful re-entry. Studies show that when job applicants have to check a box on an application indicating they have a criminal record, the chance of getting called back for an interview drops by 50%. Advocate for your state, county, city, and businesses to adopt “fair-chance hiring” policies to help formerly incarcerated people get jobs.

More than three million American citizens who live, work, and raise families in our communities are barred from voting because of a past criminal conviction. Learn about felony disenfranchisement in your state and advocate for the restoration of voting rights.

Formerly incarcerated people are 43% less likely to return to prison if they have access to college courses while they are incarcerated. The bipartisan Restoring Education and Learning Act (REAL) Act would reverse the 1994 ban on federal financial aid for incarcerated people. Urge your representatives in Congress to support the REAL Act.

Host an event on criminal justice reform. Ending the war on drugs and the prosecution of children as adults are critical reforms that you can advance in your community. Invite friends, family, and neighbors over to watch and discuss True Justice, 13th, or When They See Us.

Like us on Facebook and follow us on Twitter, Instagram, and YouTube to be part of our community and to receive regular updates about important issues surrounding mass incarceration, racial justice, and excessive punishment. We strongly believe that progress will be made when more people learn about these issues. Please join our efforts by sharing, retweeting, and regramming our posts.

EJI’s Legacy Museum provides a one-of-a-kind opportunity to investigate America’s history of racial injustice and its legacy. The nearby National Memorial for Peace and Justice is a sacred space for truth-telling and reflection about racial terror in America. If you’ve already visited, sponsor a friend, family member, or neighbor’s visit to Montgomery.

Vote, if not for yourself, then on behalf of the disenfranchised, the incarcerated, the condemned, the undocumented, and the marginalized in this country who are suffering from oppression, inequality, and abuse.

Join with others who care about social justice to lobby your local, state, and federal representatives to support sentencing reform. Question political candidates, especially local prosecutors and judges, about their plans to reduce over-incarceration and eliminate excessive punishment.

EJI believes we need a new era of truth and justice that starts with telling the truth about our history of racial injustice. We are working to deepen and broaden the national conversation about enslavement in America and its legacy of mass incarceration today.

You can help us change the narrative of racial difference by exploring our public education resources and sharing them with others. Learning the truth about our history and its legacy is the first step to engaging in meaningful conversation about solutions.

EJI has published a series of reports about America’s history of racial injustice and its legacy of mass incarceration and excessive punishment. Explore our reports on slavery and racial terror lynching, resistance to civil rights and racial equality, and racial discrimination in the criminal justice system.

Organize a Community Remembrance coalition. Communities across the country are joining together to recognize racial terror lynchings by organizing soil collections, installing historical markers, and starting the process to claim their county’s monument from the National Memorial for Peace and Justice.

Share daily entries from our digital calendar, A History of Racial Injustice. Every morning we post about an injustice that occurred on that day in history. Please share the posts on Facebook and retweet on Twitter to help us fuel this important and long-neglected conversation about racial injustice in America.

Like us on Facebook and follow us on Twitter, Instagram, and YouTube to be part of our community and to receive regular updates about important issues surrounding mass incarceration, racial justice, and excessive punishment. We strongly believe that progress will be made when more people learn about these issues. Please join our efforts by sharing, retweeting, and regramming our posts.

EJI’s Legacy Museum provides a one-of-a-kind opportunity to investigate America’s history of racial injustice and its legacy. The nearby National Memorial for Peace and Justice is a sacred space for truth-telling and reflection about racial terror in America. If you’ve already visited, sponsor a friend, family member, or neighbor’s visit to Montgomery.

Vote, if not for yourself, then on behalf of the disenfranchised, the incarcerated, the condemned, the undocumented, and the marginalized in this country who are suffering from oppression, inequality, and abuse.

Established in 2018, the Legacy Museum explores the history of racial inequality and its relationship to a range of contemporary issues from mass incarceration to police violence.

National Memorial for Peace and Justice

The National Memorial for Peace and Justice provides a sacred space for truth-telling and reflection about racial terrorism and its legacy.

EJI is one of the nation’s most effective legal and advocacy organizations, earning a Charity Navigator 4-star rating and winning a Skoll Award for its impact on social justice reform.