Justice Kyra Harris Bolden (right) is the great-granddaughter of Jesse Lee Bond (left), who was lynched in Tennessee in 1939.

Kyra Harris Bolden was sworn in Sunday as the first Black woman to serve on the Michigan Supreme Court in its history.

Gov. Gretchen Whitmer, who was sworn in on Sunday for a second term, announced in November that she would appoint Ms. Bolden to succeed retiring Justice Bridget Mary McCormack.

“She will bring a unique perspective to our high court as a Black woman—and as a new, working mom—that has too long been left out,” the governor said in a statement. “Kyra is committed to fighting for justice for generations, and I know she will serve Michigan admirably, building a brighter future for her newborn daughter and all our kids.”

Ms. Bolden, who at 34 is also the youngest Michigan Supreme Court justice, told CNN that it was surreal to be appointed to the state’s highest court.

She explained that her family history drove her to attend law school at the University of Detroit Mercy School of Law. She felt a need to be part of the justice system, she said—a system that failed her family after the 1939 lynching of her great-grandfather, Jesse Lee Bond. 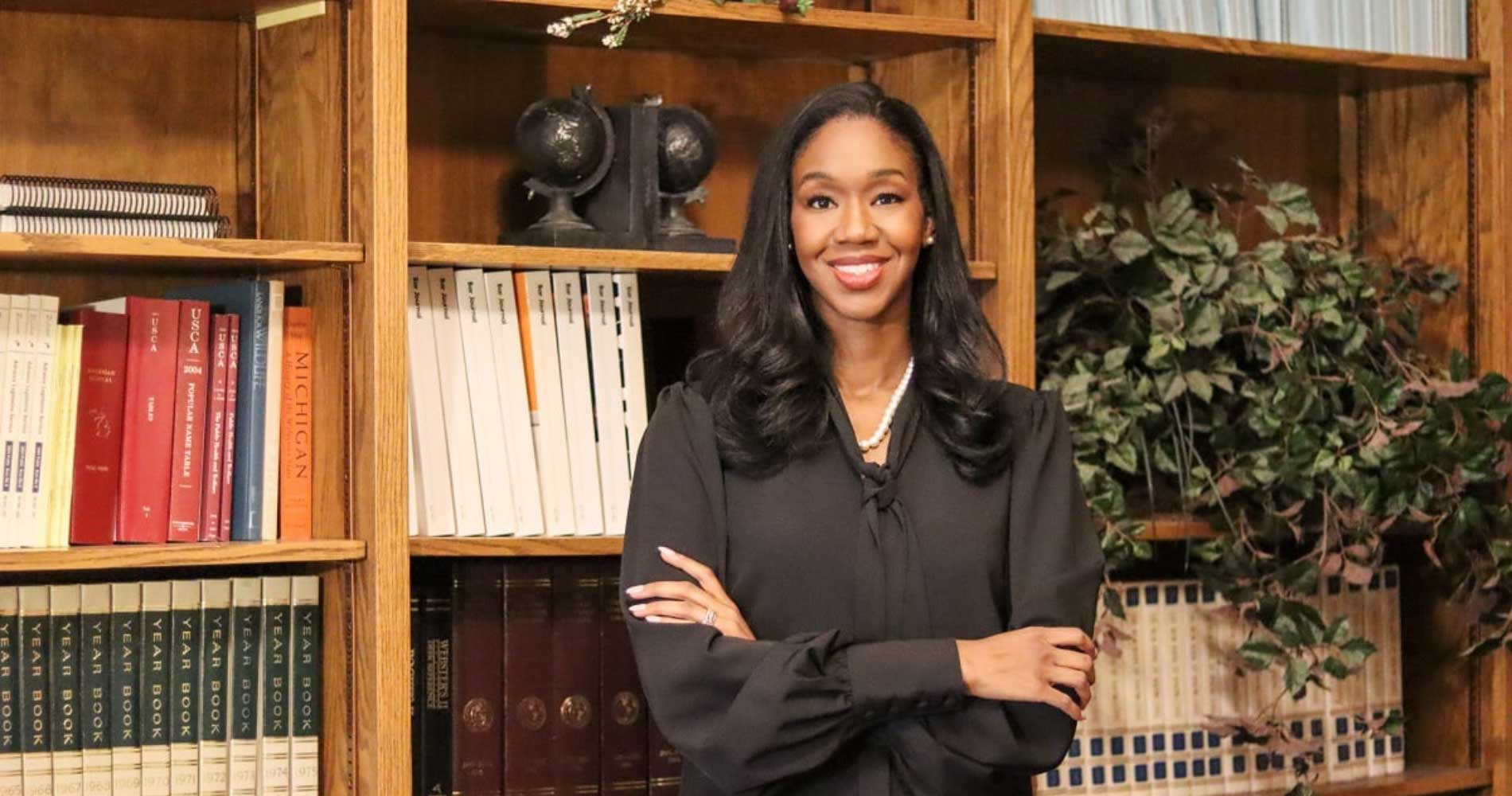 The Lynching of Jesse Lee Bond

Jesse Lee Bond was just 20 years old when he was lynched in broad daylight on April 28, 1939, in the town square in Arlington, Tennessee.

His nephew, Ronald Morris, told ABC news that the white owner of the SY Wilson feed store became angry with Mr. Bond because he asked for a receipt for the planting supplies he purchased.

Several white men shot Mr. Bond, then “took him, dragged him, castrated him, and stuck him out in the Hatchie river,” Mr. Morris said.

Mr. Bond’s descendants, including Mr. Morris, collected soil at the site where he was lynched. They are now working to install a historical marker and to mark his grave in Shelby County’s oldest Black cemetery with a tombstone.

“When I walk through the cemetery, tears come down my eyes because I can feel the pain that my family has gone through,” Mr. Morris said.

Racial terror lynching was a tool used to enforce Jim Crow laws and racial segregation—a tactic for maintaining racial control by victimizing the entire African American community, not merely punishment of an alleged perpetrator for a crime.

EJI’s research confirms that many victims of terror lynchings were murdered without being accused of any crime; they were killed for minor social transgressions or for demanding basic rights and fair treatment.

Shelby County, Tennessee, is among the 25 counties nationwide with the most lynching victims between 1877 and 1950. More racial terror lynchings were committed in Shelby County than in any other county in the state.

Indeed, it was in response to the 1892 lynching of Black grocery store owners Thomas Moss, Calvin McDowell, and Henry Stewart in Memphis that Ida B. Wells published an editorial urging Memphis’s Black community to “save our money and leave a town which will neither protect our lives and property, nor give us a fair trial in the courts, but takes us out and murders us in cold blood when accused by white persons.” More than 6,000 African Americans heeded her call and left Memphis.

Thousands of Black people were the victims of lynching and racial violence in the U.S. between 1877 and 1950.

Ms. Bolden said her journey “from lynching to law school, from injustice to Justice,” is not enough to repair this history of racial inequality and injustice. “We still have to work hard to try to break down these barriers,” she said, noting that there has never been a Black woman governor in the U.S.

Ms. Bolden is the sixth Black justice to serve on the state’s high court since 1961, when Otis Milton Smith became the first Black justice on the Michigan Supreme Court.

Like last year’s swearing in of Justice Ketanji Brown Jackson as the first Black woman on the U.S. Supreme Court, Ms. Bolden said her appointment demonstrates to children, including her newborn daughter, what is possible.