President Joe Biden yesterday awarded the nation’s highest civilian honor to Fred Gray, the courageous and tireless Montgomery lawyer who represented Rosa Parks and the dozens of Montgomery residents who were arrested for participating in the Montgomery bus boycott, including Dr. Martin Luther King Jr.

“When Dr. King, Rosa Parks, Claudette Colvin, John Lewis, and other giants of our history needed a lawyer for their fight for freedom, you know who they called? They called a guy named Fred Gray, that’s who they called,” President Biden said at the Presidential Medal of Freedom ceremony, to cheers and applause.

Mr. Gray’s work in the Browder v. Gayle case resulted in the Supreme Court ordering Alabama to abolish segregation on public buses. He later represented Black students who were denied admission to Alabama universities because of their race and secured a settlement for victims of the Tuskegee Syphilis Experiment. 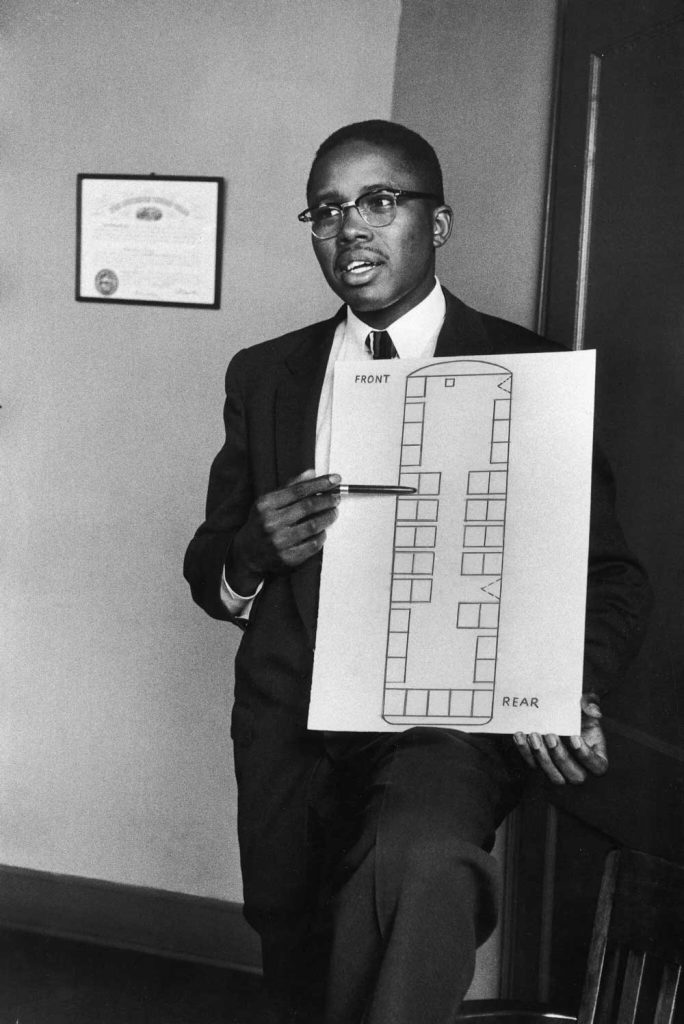 “One of the most important civil rights lawyers in our history, Fred’s legal brilliance and strategy desegregated schools and secured the right to vote,” the president said. “He went on to be elected as one of the first African Americans elected to the state Alabama legislature since Reconstruction.”

“An ordained minister, he imbued a righteous calling that touched the soul of our nation,” President Biden continued, adding that at 91, Mr. Gray is still practicing law. “He’s still keeping the faith in the best of America.”

“From the very beginning, I’ve known that there is no one more deserving of our nation’s highest civilian honor than Attorney Gray whose trailblazing work helped end segregation and advance a more equitable future,” Ms. Sewell said in a statement. “Attorney Gray is one of the most consequential civil rights lawyers of our time, having represented Rosa Parks, Dr. Martin Luther King Jr., John Lewis, and the Foot Soldiers.”

Mr. Gray thanked President Biden, Rep. Sewell, and the many individuals and organizations who sent letters of support to the president.

“This award means a great deal to me, an African American civil rights lawyer who was born in the ghettos of Montgomery, Alabama,” Mr. Gray said in a statement. “It speaks volumes to Civil Rights workers who have devoted their talents and resources toward improving the quality of life of Americans in this country; and it speaks directly to African Americans in general.”

“When I filed the various civil rights cases from 1955 to date, I was concerned about African Americans receiving the same constitutional rights as all other Americans,” he continued. “We have made substantial progress but the struggle for the elimination of racism and for equal justice continues. I hope this award will encourage other Americans to do what they can to complete the task so that all American citizens will be treated the same, equally and fairly, in accordance with the Constitution.”

Fred Gray grew up on the Montgomery street named for Confederate President Jefferson Davis. Last year, despite a state law enacted in 2017 to protect Confederate monuments, Montgomery city leaders voted unanimously to rename the street in his honor.

“The struggle for equal justice has not ended,” Mr. Gray said at the unveiling of Fred D. Gray Avenue last October. “We are still living in a society that has two basic problems: racism and inequality. They are still there. We still have a responsibility. … Don’t wait on somebody to tell you what to do. Make up your mind. See what these problems are, and get out to solve the problem.”

Mr. Gray was awarded the Medal of Freedom alongside fellow civil rights leader Diane Nash, a founding member of the Student Nonviolent Coordinating Committee who led early sit-ins at segregated lunch counters in Nashville and, as a leader of the Freedom Rides, demonstrated tremendous courage in the face of violent attacks.

‘Lawyer for All Humankind’: Fred Gray to Be Awarded Presidential Medal of Freedom