This change mirrors a proposed Constitutional amendment that would automatically restore the civil rights of any person when they have completed their prison sentence. The amendment was approved during the 2021 General Assembly session and has to be passed again by the General Assembly in 2022 before going to a voter referendum.

It would represent a major shift in Virginia law, which has disenfranchised all people with felony convictions since the Civil War. Restrictions on voting rights were expanded in 1902 and poll taxes and literacy tests were introduced.

As one state senator put it at that time, these measures were designed to “eliminate the darkey as a political factor in this State” and ensure “the complete supremacy of the white race in the affairs of government.”

Race, Voting, and a Gaping Loophole: A Critical Look at the 14th Amendment

Millions of Americans are barred from voting because of criminal convictions in their past.

Under current law, anyone convicted of a felony in Virginia permanently loses their civil rights—including the right to vote, serve on a jury, run for office, become a public notary, and carry a firearm. Virginia remains one of three states whose constitution permanently disenfranchises citizens with past felony convictions.

“Too many of our laws were written during a time of open racism and discrimination, and they still bear the traces of inequity,” Gov. Northam said in a statement. “We are a Commonwealth that believes in moving forward, not being tied down by the mistakes of our past. If we want people to return to our communities and participate in society, we must welcome them back fully—and this policy does just that.” 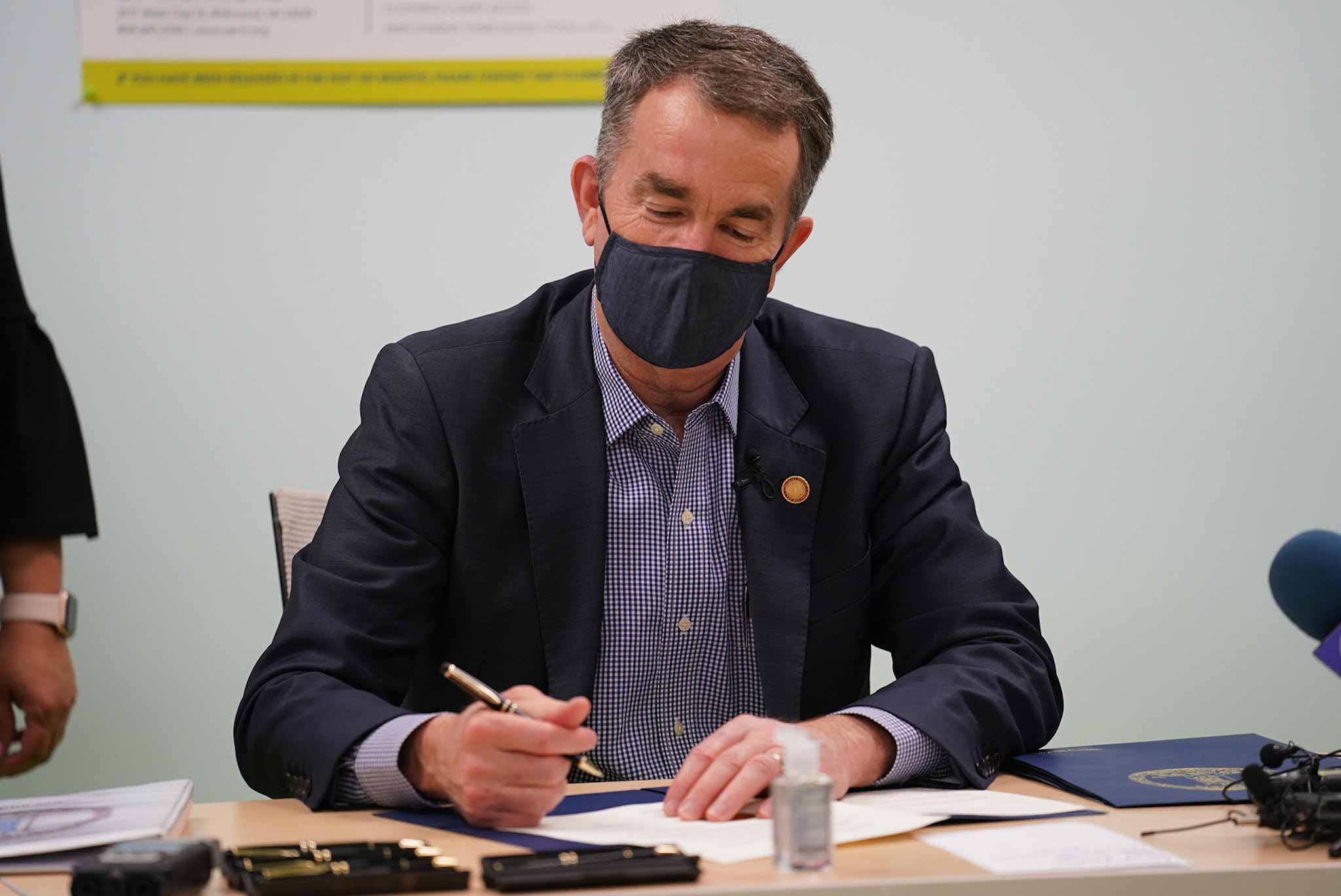 Virginia law grants the governor authority to restore voting rights, but past efforts by governors to exercise that authority have been challenged by lawmakers and hampered by state courts.

In 2016, Gov. Terry McAuliffe issued an executive order restoring the voting rights of more than 200,000 people who were convicted of felonies, served their sentences, and completed probation or parole. After more than 9,000 people registered to vote pursuant to the order, state lawmakers sued, arguing that the order exceeded the governor’s authority.

The Virginia Supreme Court ruled in favor of state legislators, holding that the state constitution requires the governor to decide whether to restore voting rights on a case-by-case basis. The court invalidated the executive order and ordered the Department of Elections to “delete from the record of registered voters the name of any voter who . . . has been convicted of a felony.”

Gov. Northam said in a statement that, with this week’s action, he has restored civil rights to more than 111,000 people during his term.

Race, Voting, and a Gaping Loophole: A Critical Look at the 14th Amendment