Thank You For Supporting Us in 2021

We had a very active and eventful 2021, made possible by your support. We are grateful to our donors and supporters, who allow us to continue providing critical services to people wrongly imprisoned, condemned, and sentenced in our legal system, and advancing important work on racial justice in America.

This year we opened the new Legacy Museum in Montgomery, which is four times the size of the original museum and features hundreds of new exhibits, content, and media. The new museum also includes an art gallery with major works from some of the most celebrated Black artists in the world.

Our work on behalf of condemned men and women in Alabama continued undeterred despite the increasing reluctance of courts to intervene and enforce the rights of people facing execution. In 2021, we won new trials or reduced sentences for several people on death row and educated decisionmakers, legislators, and policymakers across the country about America’s flawed, unreliable, and arbitrary system of capital punishment.

This past year, we worked with thousands of community members confronting their history of racial violence in 25 states throughout the country as part of our Community Remembrance Project, EJI’s campaign to recognize the victims of lynching by collecting soil from lynching sites, erecting historical markers, and creating a national memorial that acknowledges the horrors of racial injustice.

We also continued to challenge unconstitutional conditions in Alabama jails and prisons, which remain among the most violent in the country. We are responding to hundreds of complaints from people in prison and have maintained advocacy efforts to support our incarcerated clients who remain vulnerable due to the COVID-19 pandemic.

Educating people about the nation’s history of racial injustice remains an urgent priority for us, and we advanced a wide variety of public education efforts in 2021. We produced several new educational videos and, as part of our Truth and Justice Initiative, we engaged with several institutions seeking to honestly confront their past, reflect upon, and respond to America’s long history of racial inequality and racial injustice.

We have never been more determined than we are today to fight for justice and equality, and to change our criminal legal system. We are committed to educating this country, changing narratives that have sustained inequality and bigotry, ending excessive punishment and wrongful convictions, promoting healthier communities and advancing an era of Truth and Justice our nation desperately needs.

Thank you for your support which makes our work possible and thank you for standing with us. 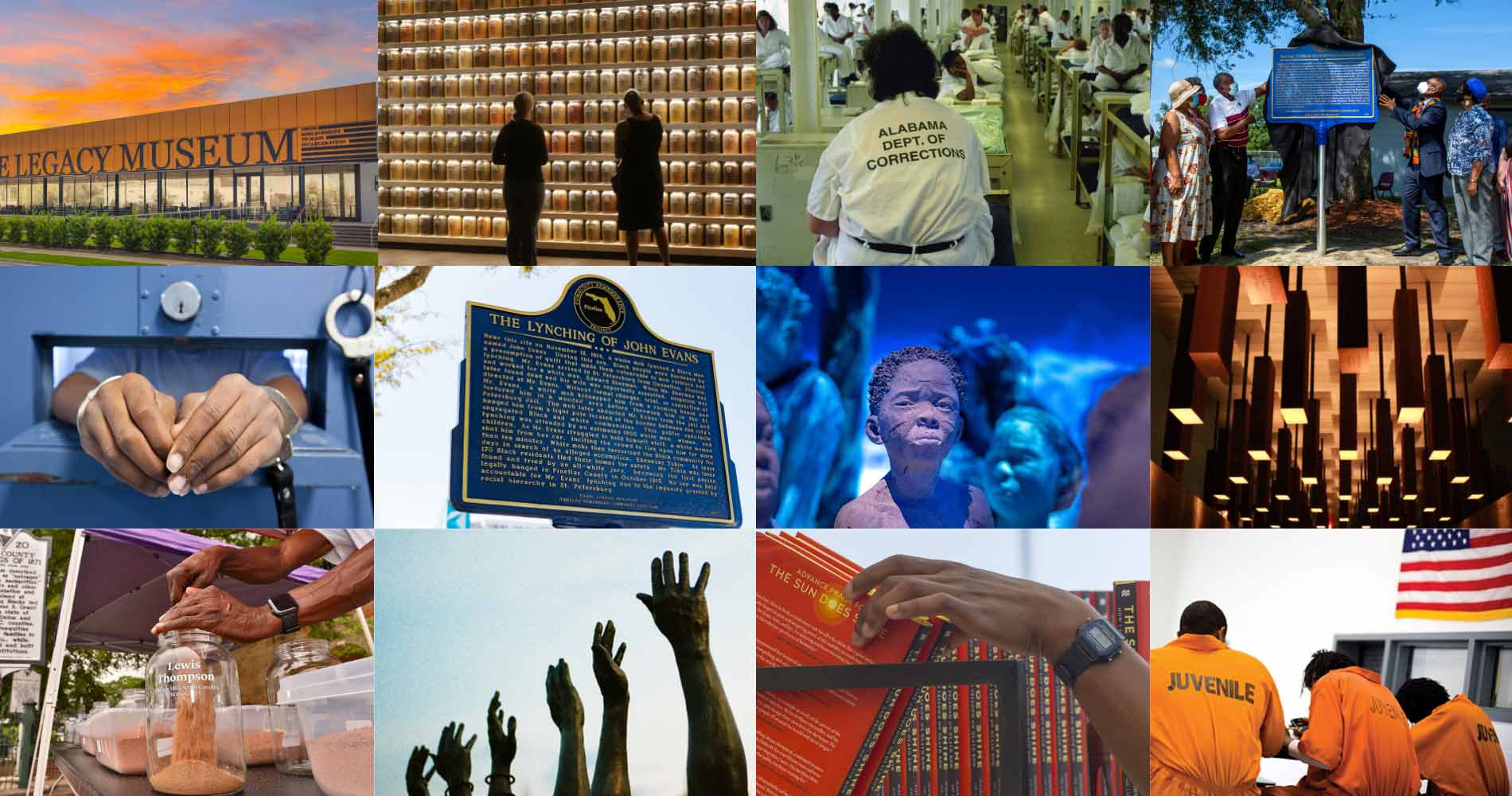