The Tennessee Court of Criminal Appeals on Friday ordered a new trial for Tim Gilbert because his jury deliberated in a room in the Giles County Courthouse that was maintained by the United Daughters of the Confederacy and adorned with Confederate memorabilia.

The jury deliberated in the “U.D.C. Room”—a dedicated room in the Giles County Courthouse furnished by the United Daughters of the Confederacy, a private organization that has erected hundreds of Confederate memorials and monuments across the country.

Explore our interactive map showing the location and details about thousands of Confederate monuments that glorify the era of enslavement and its legacy.

Prominently hung in the U.D.C. Room is a large, framed Confederate flag, as well as two portraits of Confederate leaders, and a framed letter from the national leader of the United Daughters of the Confederacy indicating that the room had been a U.D.C. room since the 1930s.

The U.D.C. emblem and the inscription “U.D.C. Room” in gold paint was added to the glass panel of the door in 2005.

The judge who presided over Mr. Gilbert’s trial said that juries had deliberated in the U.D.C. Room for at least the past 43 years.

On appeal, Mr. Gilbert argued that having the jury deliberate in a room “festooned with Confederate memorabilia and maintained by the U.D.C.” exposed jurors to extraneous prejudicial information and violated his constitutional right to a trial by an impartial jury.

The state appeals court agreed. It focused its analysis on the framed Confederate flag, which is hung on the wall directly across the room from the door, within the direct sight line of any person entering the room, making it the most visible and most instantly recognizable item on the wall. 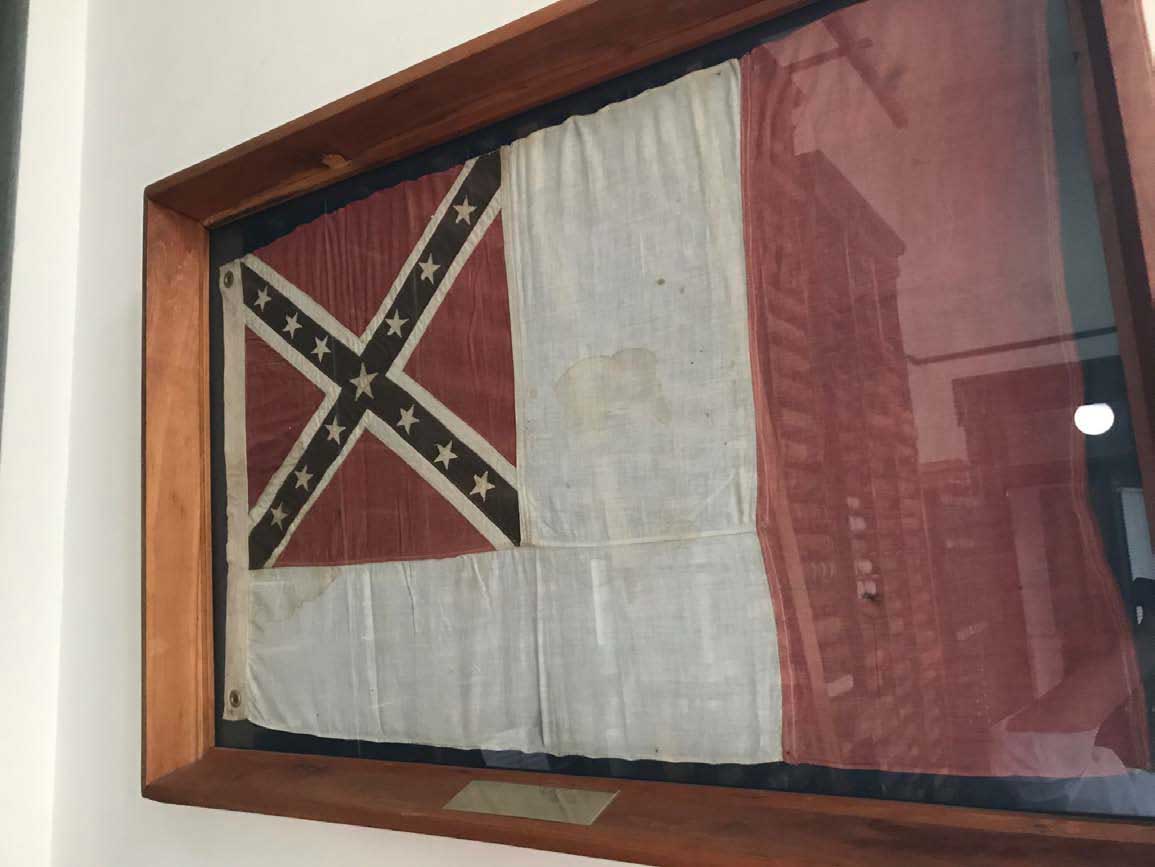 The court examined the Articles of Secession and the Confederate Constitution to determine what messages or ideals could be conveyed by the Confederate flag in this case. It found that these documents “not only defended slavery, but endorsed it fully using dehumanizing and racist language.”

Displaying that flag in the county courthouse, the appeals court wrote, communicates that the trial court endorses or approves of its message. This is especially problematic in the context of a criminal trial because communications from the court “carry great weight in the eyes of the jury.”

“The specter of racial prejudice that might be ascribed to the flag in the U.D.C. room is particularly troublesome,” the appeals court concluded, because the jury is supposed to be a criminal defendant’s “fundamental protection of life and liberty against race or color prejudice.”

The court concluded that permitting the jury to deliberate in a room filled with Confederate memorabilia exposed the jury to extraneous information that is presumed to be prejudicial to the defendant unless the State shows it was harmless.

The State failed to make that showing, the court held, underscoring that “the entire experience of the jurors was permeated by the presence of the extraneous communication.” As a result, the court ordered that Mr. Gilbert is entitled to a new trial.