Ohioans in Coshocton County celebrated Juneteenth this year by coming together to confront their history of racial injustice.

In partnership with EJI’s Community Remembrance Project, community members and local leaders dedicated a historical marker at the Coshocton County Courthouse that memorializes Henry Howard, who was lynched on the court square on June 19, 1885, by a crowd of about 1,000 people.

The June 18 dedication opened with remarks from Javanna Ramsey and Lucy Malenke, who founded Coshoctonians for Peace and Equality, a grassroots racial justice coalition that has been working since 2020 to install the historical marker as part of EJI’s Community Remembrance Project.

“Every single one of us who lives in this place gets to grapple with this legacy: 136 years ago, the white residents of this town abandoned the justice system and lynched a Black man who never got a fair trial, who never got his alibi investigated, whose body was desecrated,” Ms. Malenke said at the dedication.

Ms. Ramsey spoke to attendees about how truth-telling about our history can lead to positive change in our communities.

“This historical marker telling Henry Howard’s story, it’s a chance to own up to the truth of our past, to the truth that 1,000 people showed up to see him tortured and killed — public officials, pastors, respected businesspeople, parents,” Ms. Ramsey said. “This story needs to be reckoned with if people of color are ever going to feel truly safe and fully welcome in this place.”

The event included a performance by the Ridgewood High School chorus and a presentation on the history of Juneteenth by coalition member and children’s book author, Brittany Mbaye, and her children.

Black members of the community shared reflections on the meaning of Juneteenth during an open mic portion of the event, and Coshocton mayor Mark Mills spoke about the importance of talking about the community’s history and how events centered on truth-telling can bring people together.

The Lynching of Henry Howard

On the night of Friday, June 19, 1885, a mob of at least 1,000 white people lynched Henry Howard, a Black man who had arrived in Coshocton the previous day to seek work in the mines.

On Thursday evening, reports emerged in Coshocton that two young white women had been assaulted by a Black man about a mile east of West Lafayette. Soon thereafter, Mr. Howard was passing a saloon near Coshocton when a white man—who deemed him to be “a colored man of suspicious appearance”—seized him and handed him over to the sheriff, who jailed him without further investigation.

During this era, Black people were burdened with a presumption of guilt that often focused suspicion on Black communities after a crime was discovered, regardless whether any evidence supported that suspicion. Belief in white supremacy was a national phenomenon, and racial terror lynchings committed outside the South in states like Ohio featured many of the same characteristics as Southern lynchings, especially after accusations of crimes like sexual assault. The presumption that Black men were violent, sexually aggressive, and always in pursuit of white women was pervasive. Accusations lodged against Black men were rarely subjected to serious scrutiny.

Mr. Howard was jailed overnight as a crowd threatening to lynch him gathered around the jail. Mr. Howard “insisted that he could prove an alibi and said he was digging coal yesterday in a mine near town,” but his alibi was never investigated.

On Friday afternoon, “crowds came into town from all directions” and, the Coshocton Age reported, the “excited throng [that] surrounded the jail all day Friday . . . cared not for law.” The sheriff nonetheless failed to protect Mr. Howard; the Marion Star reported that the crowd persuaded him to leave the jail “defenseless.” At around 11 pm, a mob of nearly 200 armed and masked men marched down Chestnut Street and entered the jail “without the least show of resistance on the part of the Sheriff.”

The mob quickly seized Mr. Howard and “were received with deafening cheers by the crowd, which numbered about 1,000.” They placed a rope around Mr. Howard’s neck and dragged him across the street to the courthouse square, where they proceeded to hang him from a large elm tree as the crowd cheered and clapped.

The Coshocton Age reported that Mr. Howard’s corpse “was left hanging in the Public Square of Coshocton, Ohio, for the edification of the children of the town.” Lynch mobs often amplified the terror of lynchings by prominently displaying victims’ bodies for hours or even days.

Though press accounts identified several prominent community members among the lynch mob, no one was ever held accountable for the lynching of Mr. Howard. Instead, those who murdered Mr. Howard were celebrated as defenders of white womanhood. As the Coshocton Age put it, “the security of wives, mothers and daughters is of more importance than a myriad of such lives as Howard’s.”

White residents sometimes used public spectacle lynchings to force Black residents to flee the community, leaving behind their land, homes, and other property. In Coshocton, about a week after Mr. Howard was lynched, a Black barber received an anonymous letter threatening to lynch any Black person who did not leave town within 30 days and promising to lynch any Black man caught with a white woman. The letter was signed “Many Citizens.” 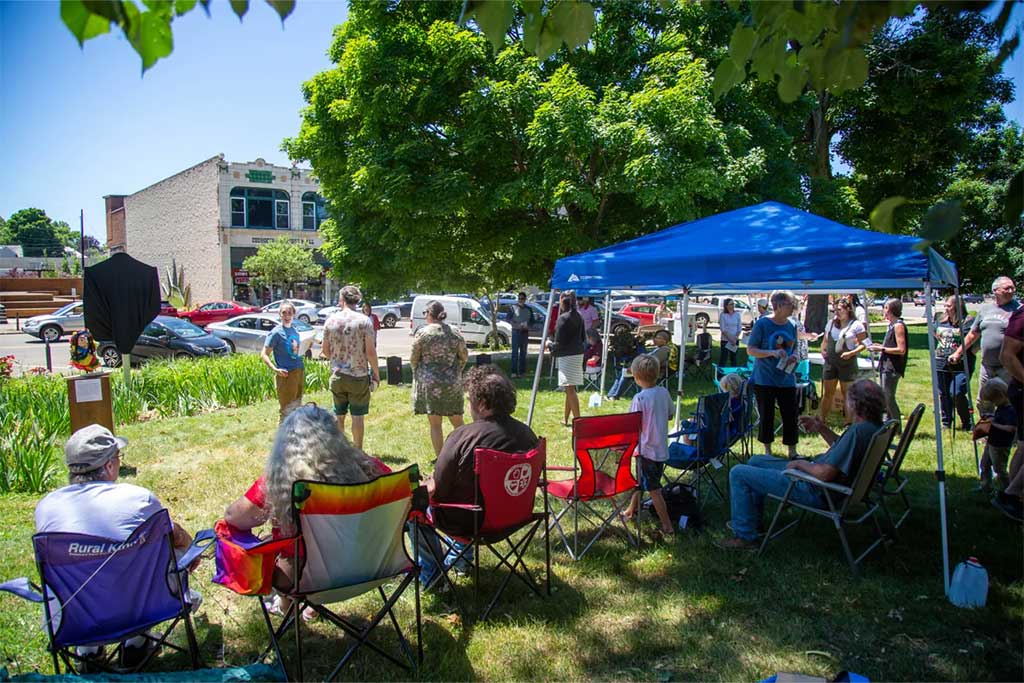 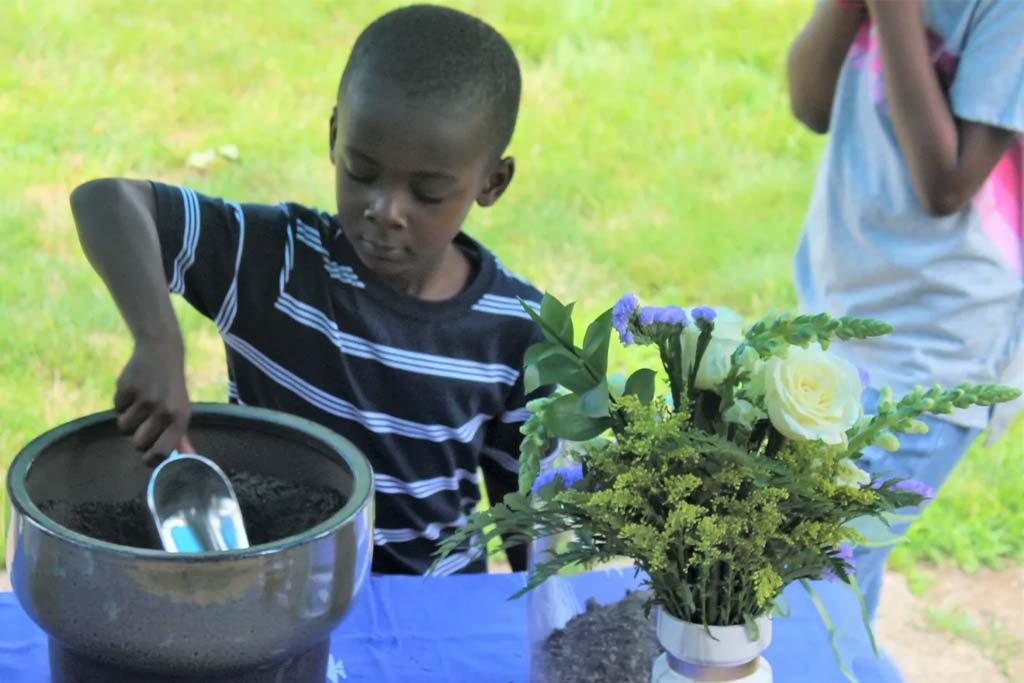 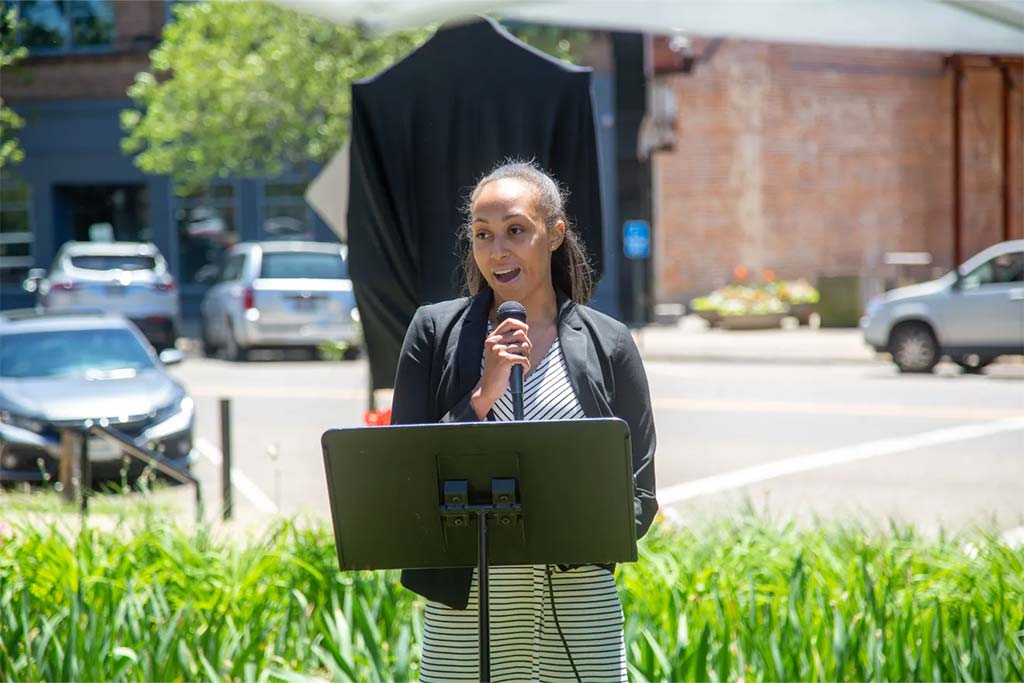 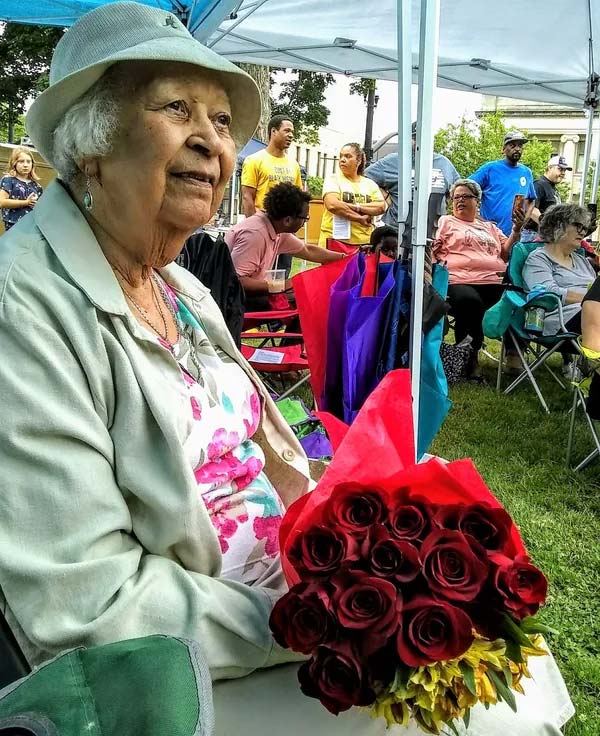 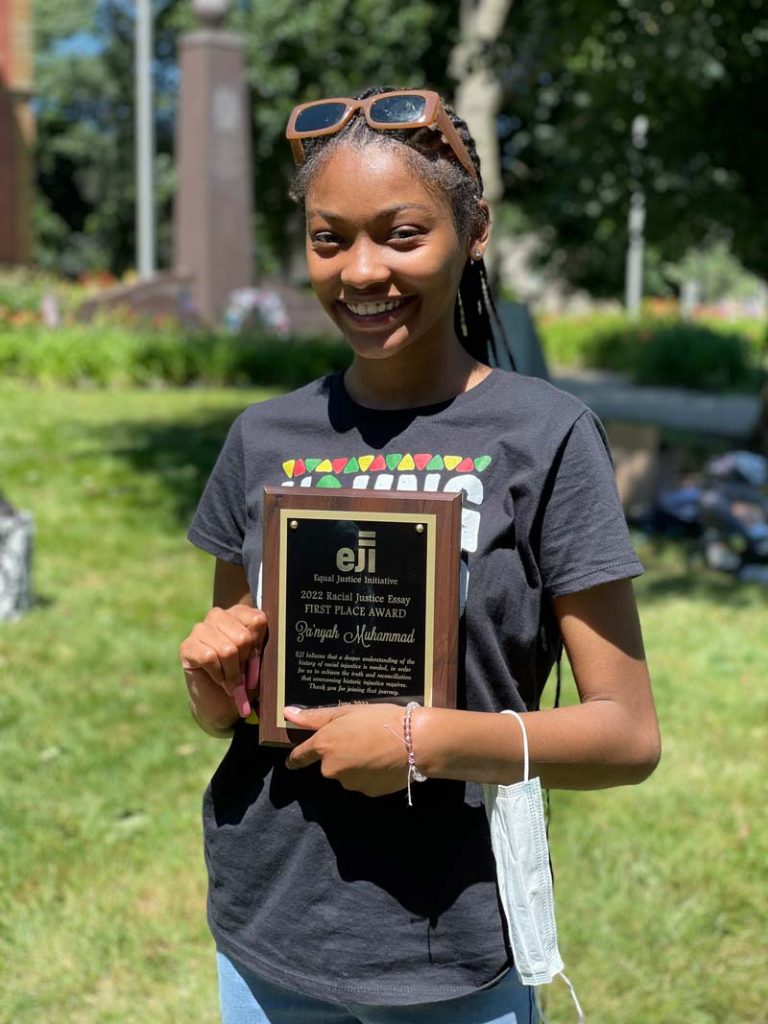 The Community Remembrance Project is part of EJI’s campaign to recognize the victims of lynching and advance honest conversation about the legacy of racial terror by collecting soil from lynching sites, erecting historical markers, and inviting community members to visit the Legacy Museum and National Memorial for Peace and Justice in Montgomery, Alabama, where the horrors of these racial injustices are acknowledged.