EJI partnered with military leaders, city officials, and community leaders to honor Rosa Parks with the unveiling of a new memorial and a color guard tribute at Maxwell Air Force Base on Tuesday, the 65th anniversary of her arrest for refusing to give up her seat to a white passenger on a Montgomery city bus.

The memorial to Ms. Parks’s courage, determination, and civilian service is made from powder-coated steel and set in an open field that meets a crosswalk where children pass on their way to and from school.

“Ms. Parks’ courage changed America with one simple, polite but resolute word:  no,” Secretary of the Air Force Barbara Barrett said at the ceremony.

Fourteen years before her arrest sparked the Montgomery Bus Boycott, Rosa Parks worked as a civilian airwoman at what was then known as Maxwell Field, where public spaces and the base trolley were not racially segregated.

“You might just say Maxwell opened my eyes up,” Ms. Parks reflected. “It was an alternative to the ugly policies of Jim Crow” she experienced outside its walls. “When I left the base, I had to ride home on a segregated bus.”

“It is so fitting that there is a memorial … honoring Rosa Parks on a United States military base because Mrs. Parks was a fighter,” EJI director Bryan Stevenson said at the dedication. “She was a soldier. She took seriously the values that this country was based on. She took seriously the words in our Constitution that talked about liberty and justice for all, and because she believed them dearly, she was willing to risk her life fighting for those values.” 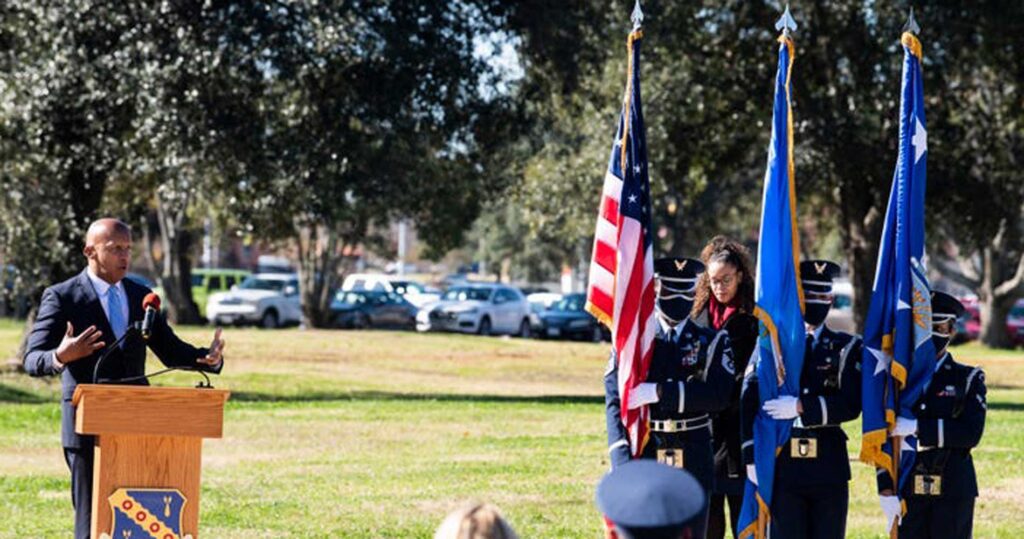 Mr. Stevenson was selected by Maxwell Commander Col. Eries Mentzer to serve as an advisor on inclusion as part of a new Freedom to Serve Initiative that will work to “uncover issues that impede on Airmen’s ability to excel and form plans of action to help create equal opportunities for all Airmen across the installation.”

Col. Mentzer also announced a partnership with the City of Montgomery to build stronger ties between the base and the community through a series of conversations and collaborative events that will run 382 days—the length of the Montgomery Bus Boycott. 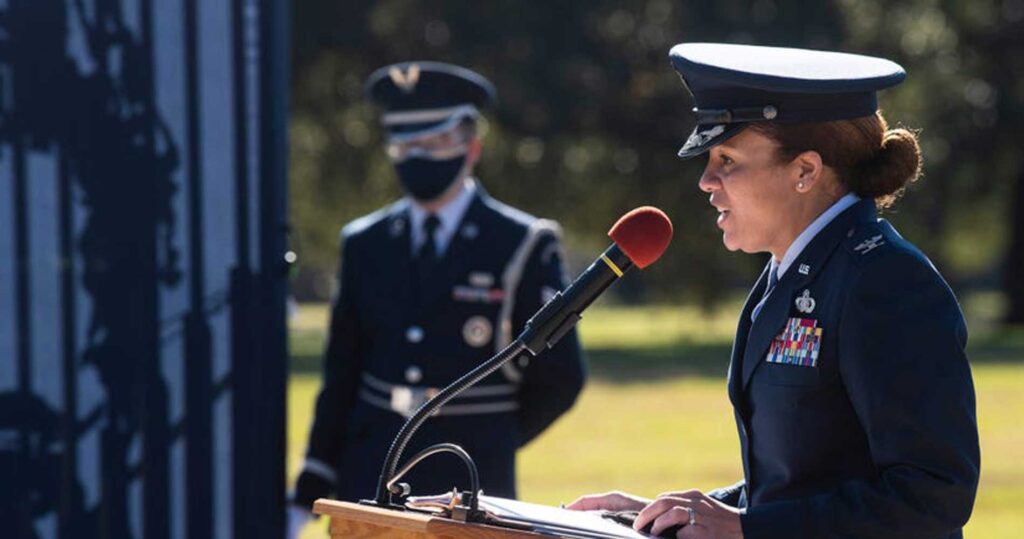 “Just like Ms. Rosa Parks first served here and went on to do great things in the city, our airmen are sprinkled throughout Montgomery, throughout Prattville, throughout Elmore and Autauga County, and they bring experiences from all over the world to Montgomery. And there’s a lot we can learn from the men and women of Montgomery,” Col. Mentzer said. “Working together we can figure out how we can create the most inclusive environment where people can rise to their best.”

Montgomery Mayor Steven Reed presented a proclamation recognizing Ms. Parks’s legacy and told the audience that his election as the city’s first Black mayor was part of that legacy. “I stand here because of people who blazed a trail for me so that I would have a clear path,” he said. 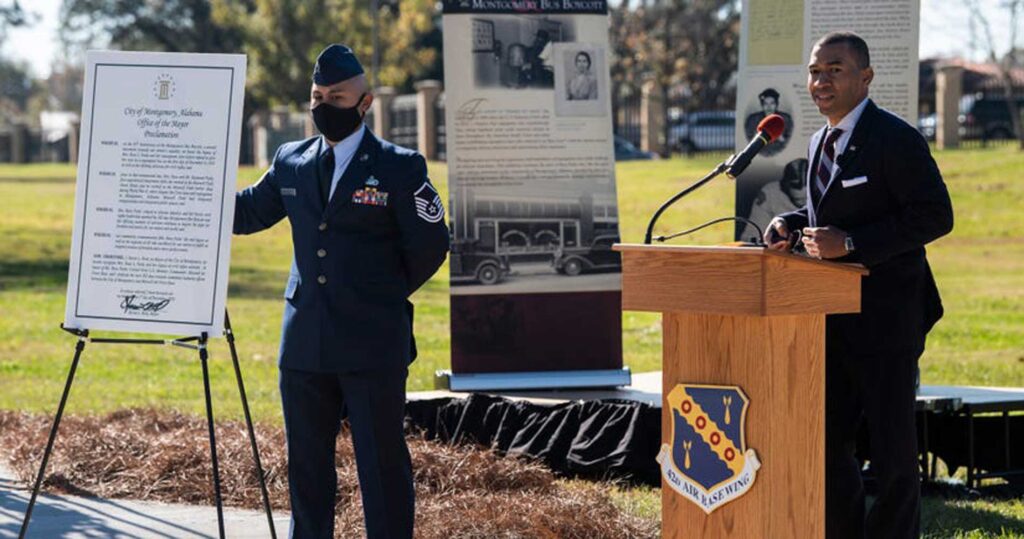 Attendees included Fred Gray, the Montgomery lawyer and civil rights champion who represented Rosa Parks and the dozens of Montgomery residents who were arrested for participating in the bus boycott. Members of Ms. Parks’s family attended virtually.

A new exhibit on the Montgomery Bus Boycott that honors many local residents and citizens whose work was central to the success of a movement that inspired civil rights and activism around the world is now on display at EJI’s Legacy Museum.