Lynching in Waverly, Virginia, Is Revisited 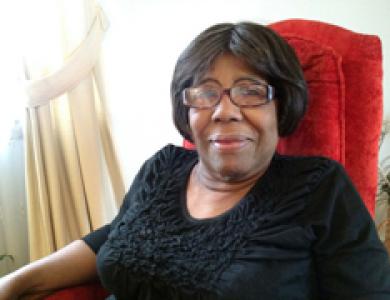 The Richmond Times-Dispatch recounts the lynching of James Jordan in Waverly, Virginia, on March 20, 1925, and how it continues to impact local residents today.

Alice Williams Jones (pictured), a lifelong resident of Waverly, Virginia, recalls that her mother, who lived in Waverly in 1925, knew about the lynching of James Jordan. Ms. Jones told the Times-Dispatch that when she was growing up, “I remember her talking about (it) but I don’t know any of the details.”

There is no mention of the lynching in a history of Waverly published in 1979 or a history on Sussex County published in 2012, although it was front-page news at the time. Newspapers reported that on March 18, 1925, “a young white married woman” was “attacked” in her home while her husband was away. A foreman at the Gray lumber mill, the town’s main employer, told police that James Jordan, a recently hired employee, fit the assailant’s description, and he was arrested at the mill.

An armed mob overcame the sheriff and seized Mr. Jordan from the jail. The Richmond News Leader reported that “Jordan, trembling and begging for mercy, was dragged out into the street. The mob, still unmasked, paraded with him down the principal street.” He was taken to a vacant lot said to be “a few feet from the railway depot.” Mr. Jordan “was strung up to the tree. Members of the mob fired at him as long as they pleased, and then set the body afire.”

“A train had just pulled into the station and a part of the lynching episode was visible from windows,” the Richmond Times-Dispatch reported. His body fell to the ground after flames burned through the rope. A coroner’s jury met the next day to view the charred corpse, only to learn it had been stolen overnight and dumped in Windsor, about 25 miles away.

On March 27, 1925, The Waverly Dispatch ran an unapologetic editorial complaining about “an enormous amount of unfavorable publicity for Sussex County and the town of Waverly in particular, although it is likely that the same thing would have taken place in any other town or county in Virginia under similar provocation and circumstances.” It continued: “Now that the lynching has taken place and cannot be recalled, it should, and perhaps will, serve as an object lesson to the colored men of the ‘Black belt.’”

The period from the end of Reconstruction to World War II was an era of terrorism that targeted African Americans with lynchings and mob violence and paved the way for the era of segregation that followed. “The trauma that was created by terrorizing people of color is not something that we’ve talked about. But it’s had a lasting impact on African Americans and on the South as a region,” EJI director Bryan Stevenson told the Times-Dispatch.

Frequently, Mr. Stevenson said, lynchings like that of James Jordan in Waverly are not included in history books even if they were pivotal moments in the community’s development. EJI believes it’s important to memorialize lynchings to help communities deepen the conversation about racial inequality. “A community definitely can and should recognize its history even when it’s difficult and painful,” said Mr. Stevenson. “Sometimes acknowledging a difficult past is the best way to promote a better future.”

Ms. Jones, 78, believes talking about what happened in 1925 can only help. “I just keep praying that as humans we will do the things that we need to do to make the world a better place,” she said.

Memories of 1925 Lynching Linger in Waverly

Equal Justice Initiative Educates About Legacy of Lynchings in South

Our Unconfronted History of Racial Terror and Bigotry Continues to Kill