Last night, William LeCroy became the sixth person executed by the federal government this year. Tomorrow, the government plans to execute Christopher Vialva, who would be the first African American on federal death row to be executed this year.

Before the Trump administration resumed executions this year, the federal government had executed just three people over the previous 56 years.

This unprecedented number and pace of executions comes despite growing evidence that lethal injections cause suffocation and severe pain in violation of the Constitution’s ban on cruel and unusual punishment.

The execution of William LeCroy also raises concerns about executing people who suffer from mental illness and who don’t have effective lawyers at trial.

Evidence detailed by a federal appeals court showed that William LeCroy grew up with a highly controlling and abusive father, in a dysfunctional family where the children were poorly supervised and weapons were readily available. His father threatened to rape and kill his mother and kill her coworkers, and after putting a gun to her forehead, he gave the gun to William to keep himself from killing her.

William joined the Army at 17 to escape his violent and abusive home, but his dreams of becoming a paratrooper were dashed when he broke his ankle early in his military career, the evidence showed. He began using drugs and alcohol and ended up living on the street, supporting himself by breaking into homes to steal food. He was arrested and discharged from the Army when he was just 19.

Mr. LeCroy has a history of mental illness in his family, according to expert testimony. Several of his family members demonstrated suicidal behavior and cousins engaged in sexual acts together that the adults knew about but did not stop. He revealed during a psychiatric evaluation that when he was just eight years old, his female babysitter sexually abused him. He began to believe that she had been a witch and her sexual abuse had placed him under a spell that explained all the troubles in his life.

When he encountered Joann Tiesler, he said he mistakenly believed she was the babysitter who had abused and cursed him. He ruminated for days about how to reverse the spell she’d put on him and killed her when, not knowing what he wanted her to do, she refused to relieve him from the curse. He then searched on her computer for books about witchcraft and fled in her truck.

He begged for forgiveness in a note that was found in the truck. “Please, please, please forgive me Joanne [sic]. You were an angel and I killed you,” it read. “I am a vagabond and doomed to hell.”

Mr. LeCroy’s lawyers argued that his trial counsel failed to properly emphasize evidence about his abusive childhood and his mental illness that could have persuaded jurors not to impose a death sentence, but courts rejected the claims and permitted the execution to proceed. 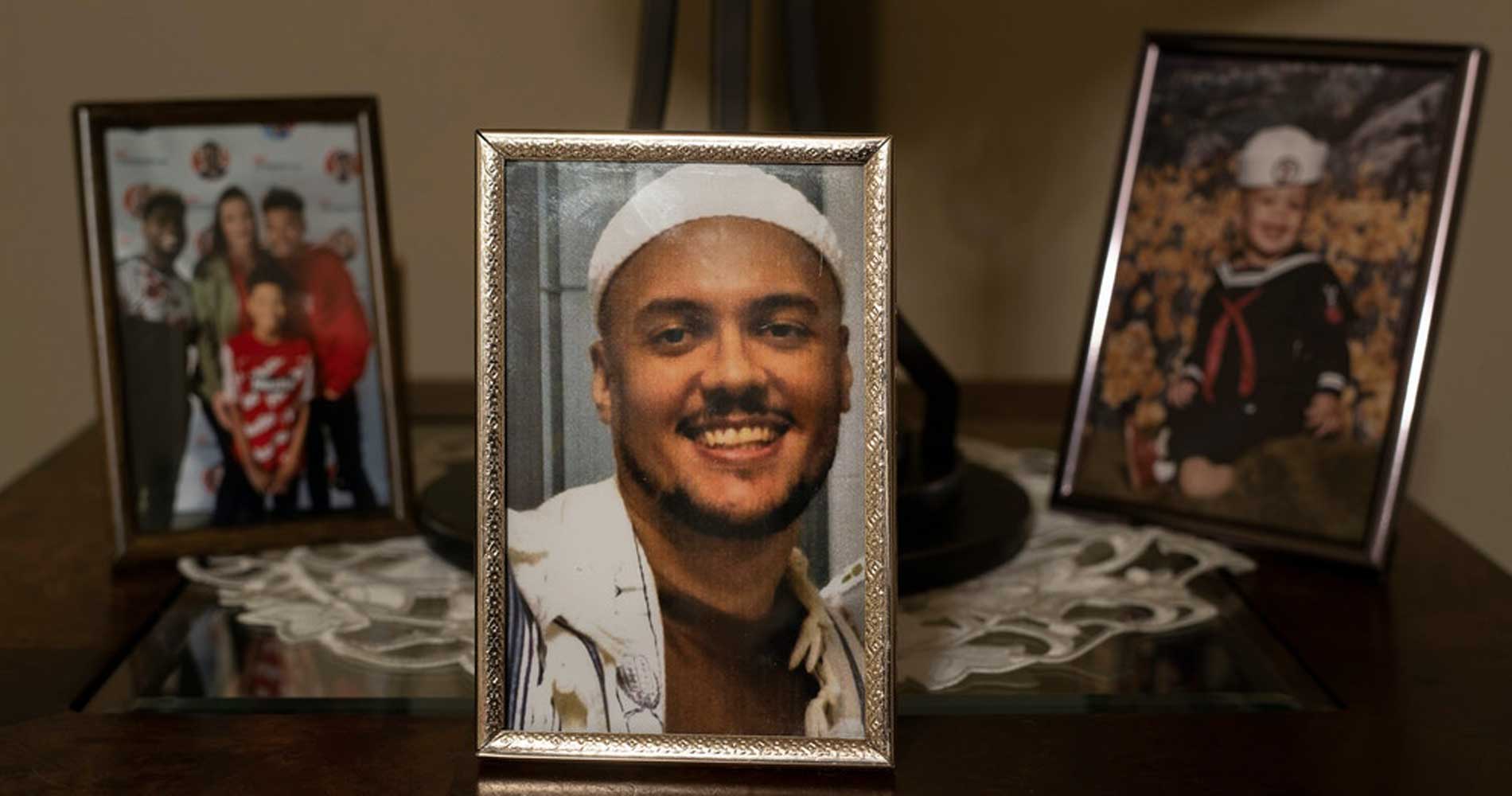 Christopher Vialva’s mother displays photos of him at her home in Killeen, Texas. (Matthew Busch/The Intercept)

Christopher Vialva’s scheduled execution for a crime that happened when he was a teenager puts a spotlight on the racial discrimination that has long infected the federal death penalty. Today, of 57 people on federal death row, 26 are Black, and seven are Latino.

Christopher Vialva was barely 19 when he was arrested with a group of teens and charged with carjacking and killing a married couple in Fort Hood, Texas. Tried by an almost all-white jury, he and his 18-year-old co-defendant, Brendan Bernard—both Black teenagers—became the first people to get a federal death sentence in the Western District of Texas.

Like Mr. LeCroy, Mr. Vialva’s trial lawyers failed to present evidence that could have compelled his jury to impose life, including childhood trauma, evidence of organic brain damage, and suicidal ideation starting when he was just 11, as The Intercept reports. That could be because one of his lawyers, instead of investigating his background, was vying for a job with the same U.S. Attorney’s Office that was trying to get his client sentenced to death. (After he got the job, The Intercept reports, he refused to provide his files to Mr. Vialva’s legal team.)

Defense counsel presented no witnesses at the guilt/innocence phase of trial. They didn’t cross-examine the government’s witnesses or point out that no forensic evidence linked Mr. Vialva to the crime. The prosecution’s case rested primarily on the testimony of two other young teenagers who had cooperated in exchange for favorable treatment, but Mr. Vialva was found guilty.

At the sentencing phase, as The Intercept details, defense counsel’s own expert told the jury Mr. Vialva was dangerous, testifying that he wouldn’t share a cell with him. The expert opinions of the state’s forensic psychiatrist—who testified that Mr. Vialva was a man without a conscience—were later found to be scientifically invalid and unreliable.

But the same judge who presided over his trial—and retired in 2016 after facing an investigation into allegations of sexual misconduct—rejected motions for an evidentiary hearing, and the federal appeals court upheld that decision. Mr. Vialva’s appellate lawyer, Susan Otto, told The Intercept, “I spent 17 years in this case and never once stood up in a courtroom—either a district courtroom or an appellate courtroom—arguing on behalf of Christopher Vialva.” She added, “And that has never happened to me in my career, ever.”

Those who know Mr. Vialva, now 40, stress that he is not the same person he was at 19. As his mother told The Intercept, he is a loving son and brother, a voracious reader, and a positive influence on others in the prison, where his “mere presence stabilizes environments,” one man wrote. He is a man of faith who has become known for crocheting baby blankets.

“I am a changed and redeemed man,” he said in a video statement. “I committed a grave wrong when I was a lost kid and took two precious lives from this world. … Every day I wish I could right this wrong.”