Statement on the Execution of Jack Trawick 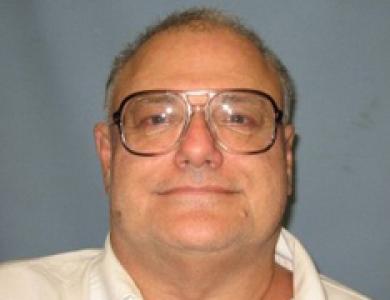 Tonight Jack Trawick was executed by the State of Alabama. Mr. Trawick was convicted and sentenced to death in 1994 for a tragic sexual assault and murder in Jefferson County. Mr. Trawick’s assault of Stephanie Gach in 1992 followed a lifetime of severe mental illness.

At age eleven, Jack Trawick was receiving psychiatric treatment for schizophrenia and psychotic disorders. Over a span of 25 years, Mr. Trawick took anti-psychotic medication, went through electric shock treatment, and even asked medical doctors to castrate him to help him manage disabling sexual dysfunction and anxiety. Intensive hormone treatment that later required a mastectomy in 1982 after Mr. Trawick developed breasts failed to help him control a preoccupation with sex and violence.

After stealing women’s undergarments for a period of time, Mr. Trawick suffered a psychotic episode that resulted in the death of Stephanie Gach in 1992.

In a secure, controlled environment at Holman State Prison, Mr. Trawick actually began to do better. For Mr. Trawick at least, the isolation and lack of stimulation of incarceration proved helpful in permitting him to function with less paranoia and fewer psychotic episodes.

While many undoubtedly will celebrate the lethal injection that took Mr. Trawick’s life for a terrible crime, his execution is a misguided and unjust way to manage someone who is severely mentally ill. Mr. Trawick was broken by serious mental health problems that tragically also claimed the life of Stephanie Gach.

Sadly, there are many broken people in our society, some of whom have committed violent acts that require punishment and intervention. However, killing broken, mentally disabled people as a response to the problems and violence that are sometimes associated with mental illness is immoral.

Few people dispute that imprisonment can be an acceptable punishment for and response to a horrific murder, even where severe mental illness is evident. But using the death penalty as a treatment for mental illness, even for the small percentage of people with mental illness who have committed violent homicides, is inhumane and should be completely unacceptable in a civilized society.

There will be a time when more people view the execution of people like Jack Trawick as cruel and impermissible. It will be a time when we have learned more about mental illness, thought more about appropriate criminal justice, and done more to reject the politics of fear and anger that too frequently shape and influence sentencing, reporting about crime, and policies on punishment.

A society committed to justice should never be afraid to examine itself and evaluate how it treats people who are disfavored or severally disabled. The record of Jack Trawick’s case reveals very little honest examination and evaluation. We can only hope that his execution does not end the critical challenge his case poses for all of us to learn more about the plight of severely mentally ill people and to search for better responses than the death penalty.