Mr. Vivian confronted Sheriff Jim Clark outside a courthouse in Selma, Alabama, where 1,400 Black voters had been barred from registering.

The Rev. C.T. Vivian, a pivotal civil rights campaign organizer and champion of nonviolent resistance, died on Friday at age 95.

A Baptist minister, Mr. Vivian was a key adviser to the Rev. Dr. Martin Luther King Jr. and served as the national director of the Southern Christian Leadership Conference’s 85 local chapters from 1963 to 1966, directing protest activities, training activists in nonviolence, and coordinating voter registration and community development projects.

Like Dr. King and other civil rights activists, Mr. Vivian was repeatedly arrested, jailed, and beaten. In the face of violent opposition, he led sit-ins, boycotts, marches, and Freedom Rides against segregation across the South.

In 1961, at the end of a Freedom Ride to Jackson, Mississippi, he was sent to the Hinds County Prison Farm, where he was brutally beaten by guards, The New York Times reported.

In 1964, he was nearly killed during a peaceful protest on a segregated beach in St. Augustine, Florida, when “roving gangs of whites whipped black bathers with chains and almost drowned C. T. Vivian,” Stephen B. Oates wrote in Let the Trumpet Sound.

And in 1965, he challenged violent segregationist sheriff Jim Clark to allow Black voters to register in Selma, Alabama. The sheriff had barred 1,400 Black voters from entering the courthouse. “You can turn your back now and you can keep your club in your hand, but you cannot beat down justice,” Mr. Vivian told Clark. “And we will register to vote because as citizens of these United States we have the right to do it.”

As the news cameras rolled, the sheriff punched Mr. Vivian in the mouth, causing him to stumble down the courthouse steps, bleeding. News coverage of the assault and Mr. Vivian’s subsequent arrest by Clark’s deputies brought national attention to the local voting rights effort in Selma.

Learn more about the widespread and violent opposition to racial equality faced by courageous activists like C.T. Vivian.

Born in 1924 in Howard County, Missouri, Cordy Tindell Vivian moved to Macomb, Illinois, as a young boy. He studied history at Western Illinois University in Macomb for a time, then became a recreation worker in Peoria, Illinois, where he joined his first protest to desegregate a cafeteria in 1947—more than a decade before joining forces with the Rev. James Lawson to help lead the successful lunch counter sit-ins in Nashville in 1960.

Mr. Vivian studied theology alongside John Lewis at the American Baptist College in Nashville, where they trained activists in nonviolent protest. “Nonviolent, direct action makes us successful,” he said in a 2012 interview. “We learned how to solve social problems without violence. We cannot allow the nation or the world to ever forget that.”

Known as a thoughtful strategist as well as disciplined practitioner of nonviolence, Mr. Vivian never stopped working for racial equality and social justice. He became director of the Urban Training Center for Christian Mission in Chicago in 1966, and dean of the Shaw University Divinity School in Raleigh, North Carolina, in 1972.

Speaking with students in Tennessee in 2015, Mr. Vivian urged them to act strategically to make sure their messages were amplified. “This is what made the movement: our voice was really heard,” he said. “But it didn’t happen by accident; we made certain it was heard.”

President Barack Obama awarded Mr. Vivian the Presidential Medal of Freedom in 2013, saying that “time and again, Reverend Vivian was among the first to be in the action: In 1947, joining a sit-in to integrate an Illinois restaurant; one of the first Freedom Riders; in Selma, on the courthouse steps to register blacks to vote, for which he was beaten, bloodied and jailed.”

President Obama continued: “Rosa Parks said of him, ‘Even after things had supposedly been taken care of and we had our rights, he was still out there, inspiring the next generation, including me,’ helping kids go to college with a program that would become Upward Bound.” He praised Mr. Vivian for being “still in the action, pushing us closer to our founding ideals.” 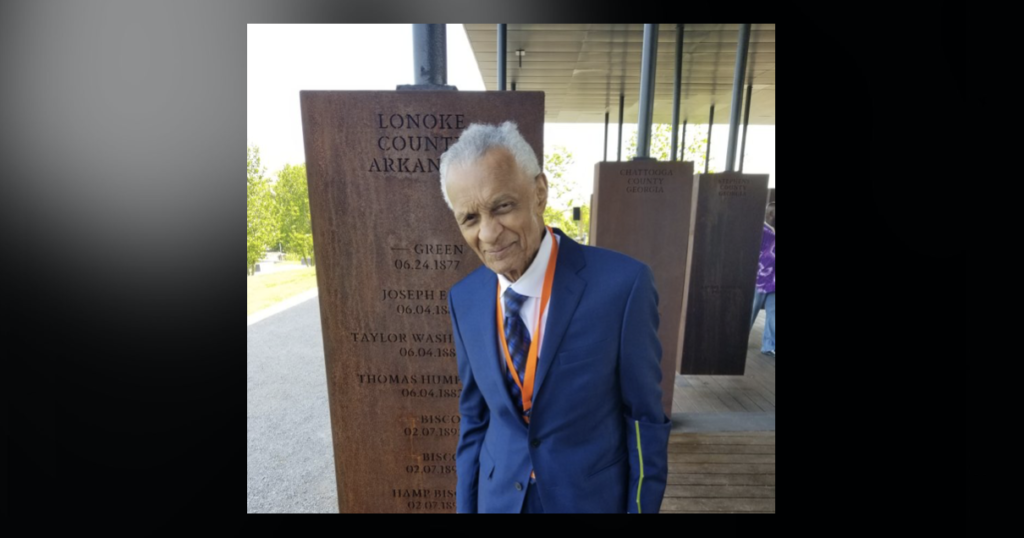 Mr. Vivian at the National Memorial for Peace and Justice