Daniel Smith, Believed to Be the Last Child of Enslaved People, Dies at 90

Daniel R. Smith, 90, passed away this week in Washington. He was one of the last remaining children of enslaved Black Americans, The Washington Post wrote in his obituary.

Mr. Smith’s father, Abram “A.B.” Smith, was born during the Civil War on a plantation in Massies Mill, Virginia, where he was enslaved at birth and suffered as “a boy laborer” at least through the 1870 census, before moving to Connecticut in his 20s.

He married Clara (Wheeler) Smith, a white woman with Scotch-Irish and Cherokee ancestry who was decades younger. Daniel, the fifth of the couple’s six children, was born in 1932, when his father was 70 and working as a janitor at a clock factory in Winsted, Connecticut. 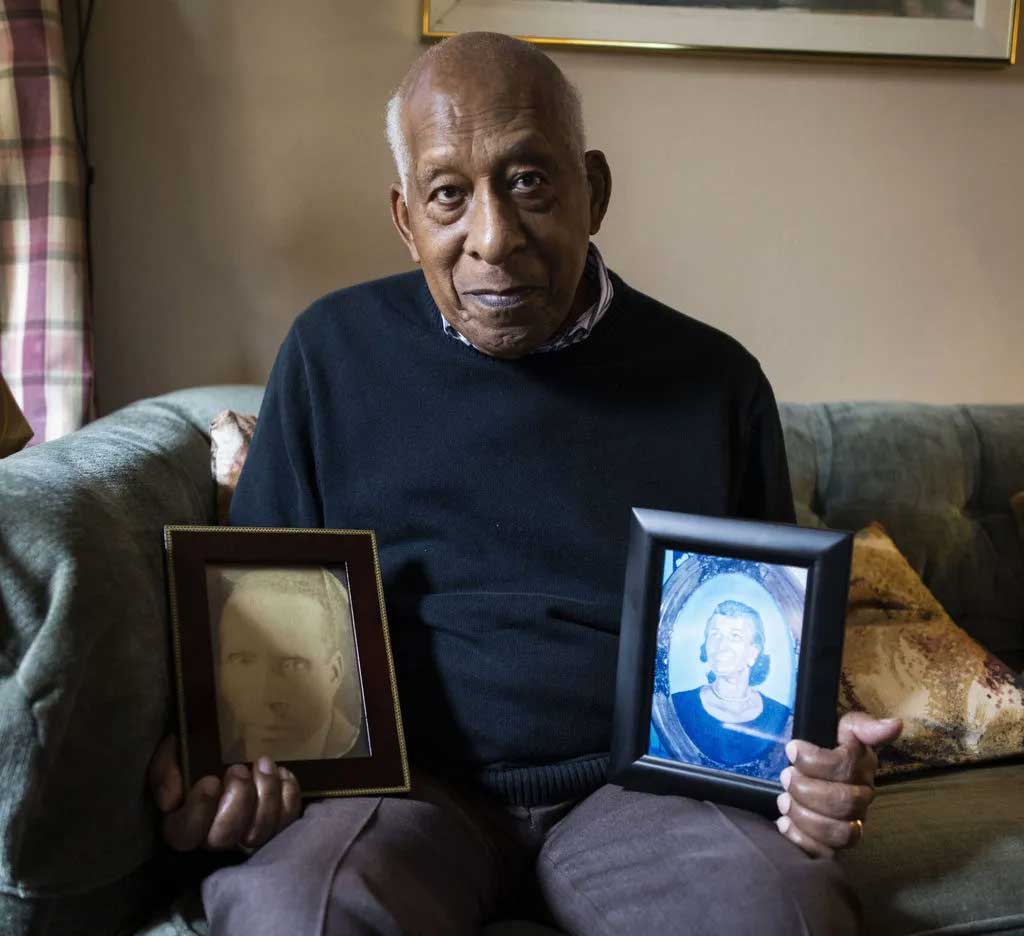 When Daniel was barely five years old, he would sneak out of bed after dinner to listen as his father told his older siblings about the “whipping and crying post,” racial terror lynchings, and enslavers’ cruelly violent treatment of enslaved people.

“I remember hearing about two slaves who were chained together at the wrist and tried to run away,” Mr. Smith told the Post. “They were found by some vicious dogs hiding under a tree, and hanged from it.”

I also remember a story about an enslaved man who was accused of lying to his owner. He was made to step out into the snow with his family and put his tongue on an icy wagon wheel until it stuck. When he tried to remove it, half his tongue came off.

“My father cried as he told us these things.”

She met Mr. Smith later and helped edit his forthcoming memoir, “Son of a Slave: A Black Man’s Journey in White America.”

Mr. Smith’s story is “a reminder that slavery was not that long ago,” Ms. Butler told the Post. “You talk about the transatlantic slave trade, you talk about Reconstruction, and people really think that it’s history,” something that happened in the distant past with little relevance today.

“Mr. Smith,” she added, “is a reminder that it’s impossible to ‘get over it,’” to move past slavery and act as if it is no longer matters, “because it’s still [present] within these families’ lives.”

Mr. Smith’s father died when he was just six years old, but he passed down pride and resilience that fueled Mr. Smith’s work in civil rights, health care, and education.

“A lot of Black children grew up in a world where they didn’t know who they were and where they came from,” Mr. Smith told The Washington Post in 2020, “but we were A.B. Smith’s children, and that sustained us through anything.”

After high school, Daniel Smith joined the Army and served as a medic during the Korean War. Back in Winsted in 1955, he rescued a truck driver from a flooded river that claimed 87 lives after Hurricane Diane.

Two years later, while working at a YMCA camp, he started CPR on a young woman who had been pulled from a reservoir by another swimmer. He found her pulse and was about to administer mouth-to-mouth resuscitation when a police officer yelled at him to stop, saying she was already dead. When Mr. Smith realized what the officer meant, he backed away from the white woman. “He didn’t want me to put my lips on her, and she died,” he told the Post.

“This remains the most racist incident I have ever experienced in my life,” Mr. Smith wrote in his memoir. “To this day, telling this story brings tears to my eyes. To think that someone would rather have anyone die rather than have her white lips touch my Black mouth. Incomprehensible.”

Mr. Smith graduated from Springfield College in 1960 and served as a psychiatric social worker before attending veterinary school at Tuskegee Institute in Alabama.

He joined the Civil Rights Movement and marched in Washington and Selma. In 1963, he was leading an antipoverty program in Lowndes County when the church office where he worked was burned down. Soon after that, a car full of white supremacists chased him down a dark country road until he pulled into a service station.

Mr. Smith moved to Washington weeks before Martin Luther King Jr. was assassinated, and while doing anti-poverty work for the Health Resources and Service Administration, he raised two children with his first wife, Sandra Hawkins.

He retired in 1994 and volunteered at Washington National Cathedral, where as head usher, he escorted presidents Bill Clinton and George W. Bush. After his first marriage ended, he married Loretta Neumann at the cathedral in 2006.

In 2020, Mr. Smith expressed concern about the future of the country, telling the Post that the 157 years since his father was enslaved at birth felt as if they were folding, accordion-like, back toward slavery “almost to the point where it could happen again.”

But he told interviewers that his father would have stayed positive—despite all he had been through, he believed in America and was deeply invested in its promise of equal opportunity.

“We could never talk negatively about America in front of my father,” Mr. Smith told the Economist. “He did not have much but he really, really loved America. Isn’t that funny?”

Daniel Smith, One of the Last Children of Enslaved Americans, Dies at 90