The U.S. Military Academy at West Point installed a 2,000-pound bronze statue of Staff Sgt. Sanders H. Matthews Sr. on Tuesday to honor the Buffalo Soldiers who taught horsemanship to white cadets 114 years ago. The first outdoor statue of a Black man on the West Point campus will be unveiled in a ceremony on Friday.

Retired Army Maj. Gen. Fred Gorden, the first Black commandant of cadets at West Point, led the effort to fundraise for the new statue. He told The Washington Post that most people don’t know that Buffalo Soldiers served at West Point—much less that they professionalized horsemanship training at the academy immediately upon taking over from an undisciplined, poorly performing white cavalry outfit. “They served … quietly, confidently, skillfully,” he said. “They were standard-bearers.”

Native Americans are credited with giving soldiers of the all-Black 9th and 10th Cavalry and the 24th and 25th Infantry stationed in the West after the Civil War the name “Buffalo Soldiers.” Initially commanded by white officers, Black soldiers faced extreme racial prejudice from the Army and deadly violence from civilians.

The regiments nonetheless earned a distinguished record, with 18 Buffalo Soldiers being awarded the Medal of Honor. 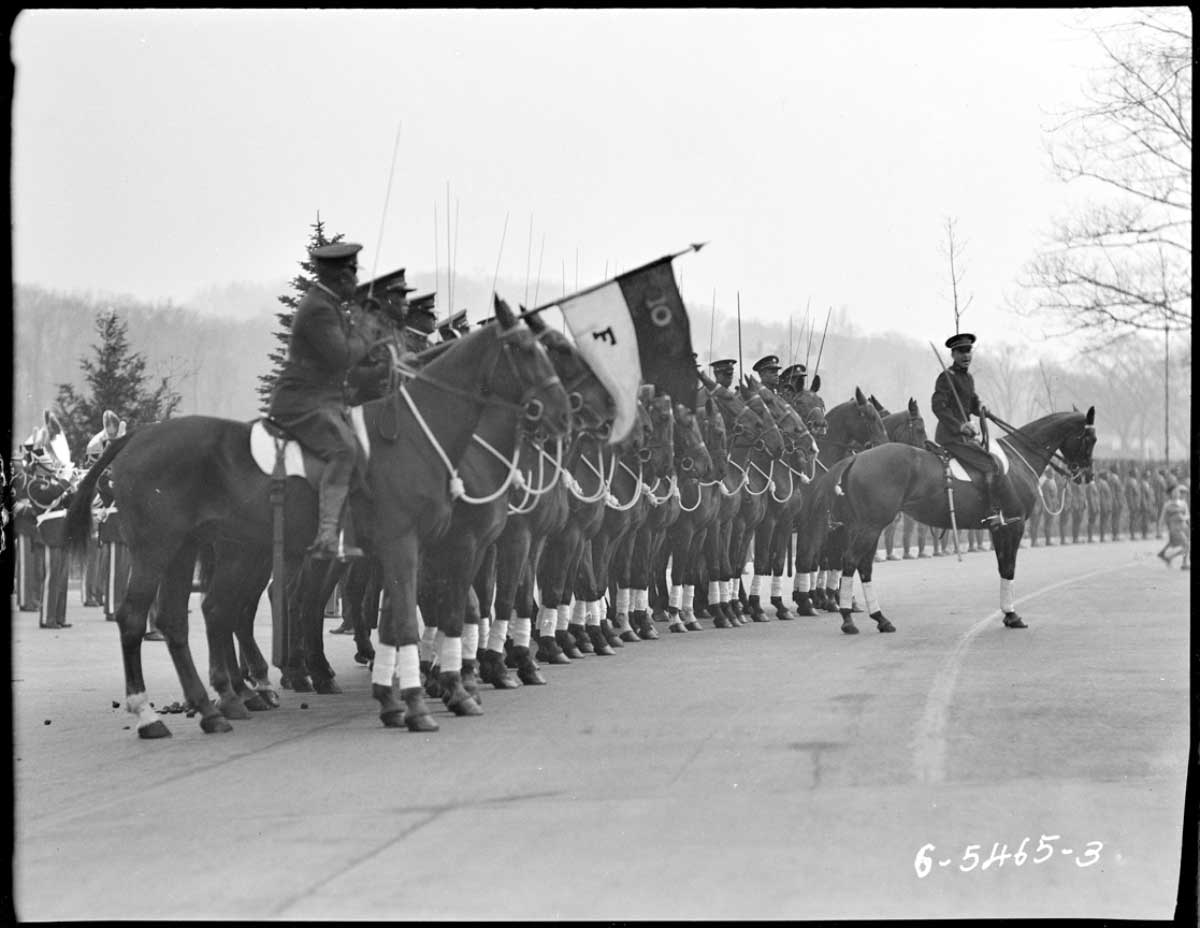 In 1907, a detachment of the Ninth Cavalry was assigned to teach riding and mounted drill—and do menial work on campus—at West Point, which had graduated only three Black cadets.

The first Black man to attend West Point, Henry O. Flipper, became the first Black officer to command soldiers in the regular U.S. Army when he was commissioned as a second lieutenant and assigned to the 10th Cavalry Regiment after graduating in 1877.

While serving in Texas, he was falsely accused by a white officer of embezzling commissary funds and conduct unbecoming an officer. He was acquitted of the embezzlement charge at his court-martial but found guilty of unbecoming conduct and dishonorably discharged from the Army in 1882. He maintained his innocence until his death, and a military review later concluded that he had been prosecuted because he was Black and the charges against him were “dubious.” In 1977, a bust of Lieutenant Flipper was unveiled at West Point and President Bill Clinton posthumously pardoned him in 1999.

Cadet Johnson Whittaker, one of the first Black students in the U.S. Military Academy at West Point, was brutally beaten by white cadets while sleeping in his barracks.

The Buffalo Soldiers served as a unit at West Point until 1947. The following year, President Harry Truman issued an executive order that ended racial segregation in the military.

Sgt. Matthews, believed to be the last known Buffalo Soldier to serve at West Point, founded the Buffalo Soldiers Association of West Point in 2008 to preserve their legacy, and he dreamed of establishing a monument in their honor. The association gifted to West Point the statue modeled on Sgt. Matthews, whose granddaughter, Aundrea Matthews, is the academy’s cultural arts director for the corps of cadets.

“Everybody has a right to have their story told,” she told The Washington Post as she watched a crane carefully install the impressive equestrian statue modeled on her grandfather during a period when statues of Confederate generals on horseback have been coming down across the country.

“Because it’s a powerful story. Just what [the Buffalo Soldiers] endured, their determination and their commitment to prove to the world that African American men can contribute and are viable citizens of this country.”