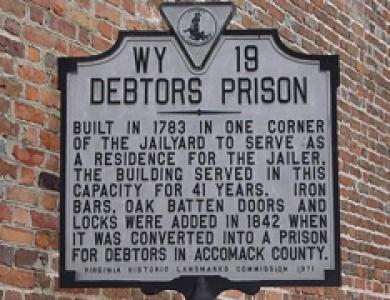 Several small towns in Shelby County – Alabama’s wealthiest county – have attempted to shift the cost of their court systems to residents arrested for traffic tickets and other minor offenses and then create modern-day debtors’ prisons by jailing people who are too poor to pay their fines, The Nation magazine reports.

These schemes are carried out in part by Judicial Correctional Services (JCS), a private probation company that contracts with municipalities to help collect court fines, while tacking on additional fees for itself. The fines and fees escalate if they are not immediately paid. As a result, impoverished people with fines of a few hundred dollars can wind up owing thousands, and if they cannot pay, JCS petitions the judge to revoke their probation and send them to jail.

In one example, the article examined the case of Debra Shoemaker Ford, who was ticketed in Harpersville, Alabama for driving without a license and having no proof of insurance. Owing $745, she was put on a payment plan overseen by JCS. She fell behind, and the Harpersville Municipal Court issued a warrant for her arrest at the behest of the private probation company. Ms. Ford was placed in jail, where there was no way she could pay and her debt grew to $2736 – a combination of her original ticket, back fees to JCS, and the $31 per day Shelby County charged her to be in jail.

The Nation likened this system to convict-leasing, which was prevalent in Alabama and throughout the South during Reconstruction and beyond. African Americans were arrested for petty offenses such as loitering, then sentenced to work off their debts in mines or plantations, assuring a steady stream of cheap labor.

One of the most egregious current cases is that of Terrance Datcher, an African American man whose roots trace back to enslaved people on the plantations around Harpersville. Mr. Datcher, who suffers from psychiatric problems, had been arrested for offenses such as disorderly conduct and speeding, racking up debts and long stints in jail because he was disabled and unable to pay. His fines and fees for four misdemeanor charges grew to $9,720.43, including $629 for a public defender he was never given. JCS asked the court for a warrant, and Mr. Datcher was jailed for months in 2008 without seeing a judge.

This arrangement, fostered by court employees and JCS, was lucrative for Harpersville’s municipal court, which collected $1.06 million in fines and fees in 2009, more than the court earned from all other sources of revenue combined. Eventually, after a series of lawsuits against Harpersville, Shelby County Circuit Judge Hub Harrington in 2012 shut the system down, calling it a “judicially sanctioned extortion racket.”

Before it ended, however, at least two people who had been incarcerated for failure to pay fines died in the Shelby County Jail or in the county’s work release program.

The private probation industry continues to flourish in courts across the country. JCS operates in 480 courts, and can net as much as $1 million in probationers’ fees each year. Founded in Georgia, the company’s stronghold remains in the South, where it continues to contract with cities in Alabama, Mississippi, and Florida. Though many of the claims in lawsuits against Harpersville and the neighboring town of Childersburg are still pending in federal court, a bill was introduced in the Alabama legislature last year to extend private probation into state courts.

Towns in Shelby County, Alabama, are arresting residents for traffic tickets and other minor offenses and jailing those who are too poor to pay their fines.

The Town That Turned Poverty Into a Prison Sentence