Audiences Give Just Mercy a Rare A+ Score

Just Mercy made a very strong showing at the box office this opening weekend—and it scored a rare A+ CinemaScore from audiences and earned a 99% audience score on Rotten Tomatoes. We hope all of you who have seen Just Mercy will spread the word and encourage your friends and family to go see this powerful true story about EJI, the people we represent, and the importance of confronting injustice.

Just Mercy presents the unforgettable story of Bryan Stevenson (Michael B. Jordan) and the case of Walter McMillian (Academy Award winner Jamie Foxx), who was convicted and sentenced to death for a crime he did not commit.

The movie is based on the bestselling memoir by EJI director Bryan Stevenson. The paperback edition has soared to the top of The New York Times Best Sellers list after an impressive 186 weeks on the list.

It’s searing and soaring, and it will start a million conversations in the country about the death penalty, about racial injustice, and about how poor Americans routinely get a third class justice system.

Audiences and critics are giving Just Mercy rave reviews, calling it “a brilliant, life-changing film.” The Washington Post described it as an “absorbing, tautly designed drama” that is “shattering, satisfying and true.”

Just Mercy is the winner of the American Bar Association’s 2020 Silver Gavel Award for Drama & Literature. The National Board of Review presented Just Mercy with its Freedom of Expression award on December 8 and the African American Film Critics Association has named it one of the year’s Best Films.

Just Mercy is that rarity — a movie that inspires; a story that brings light. 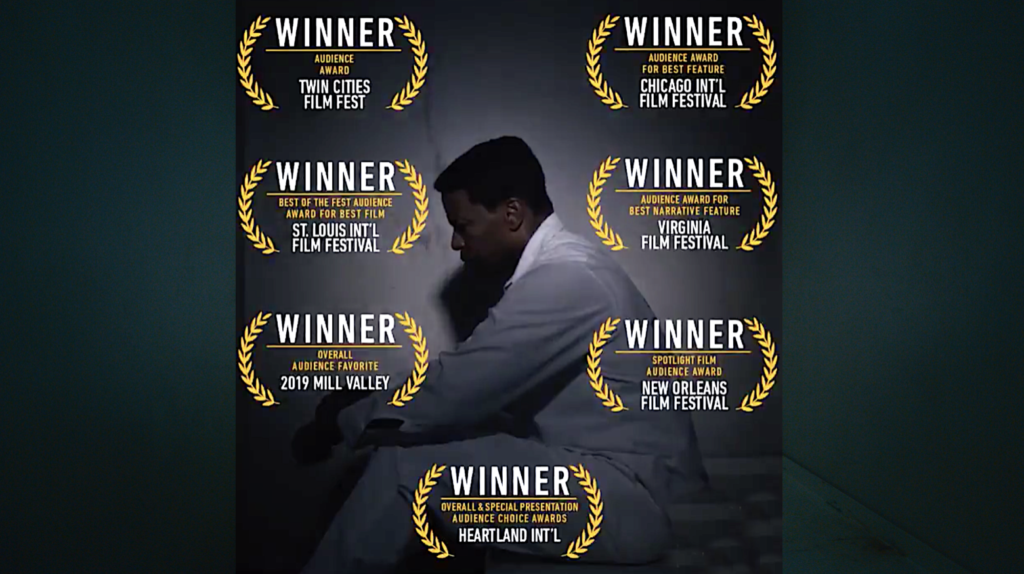 Visit EJI's Just Mercy website to learn more about the bestselling book by Bryan Stevenson, get tickets to the critically-acclaimed movie, and find out how to get involved in the struggle for equal justice.

Jamie Foxx won AAFCA’s award for Best Supporting Actor and has been nominated for a Screen Actors Guild award for his portrayal of Walter McMillian, which is “transfixing enough to make you hold your breath without realizing it.” He will also receive the Excellence in the Arts Award at the 2020 American Black Film Festival Honors.

Just Mercy is 'an intimate, immediate and deeply moving portrait' that feels 'fresh and urgent and more timely than ever.'

Don’t miss what critics are praising as a “devastatingly affecting drama” that’s inspiring audiences with “a stirring resolution, based on the certainty that hatred, in all its terrible power, will never be as powerful as justice.” 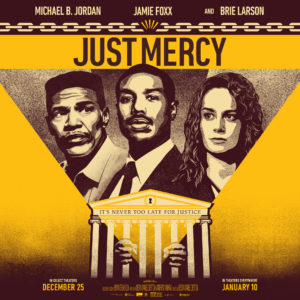 Check out this Just Mercy-inspired art created by Shepard Fairey’s Studio Number One.

Cast of Just Mercy Supports the Work of EJI

The Death Row Drama Just Mercy Tells a Tale That Is Shattering, Satisfying and True

Bryan Stevenson Hopes to Use Just Mercy to Promote Reforms