Mr. Hinton spent 30 years on death row for a crime he did not commit. 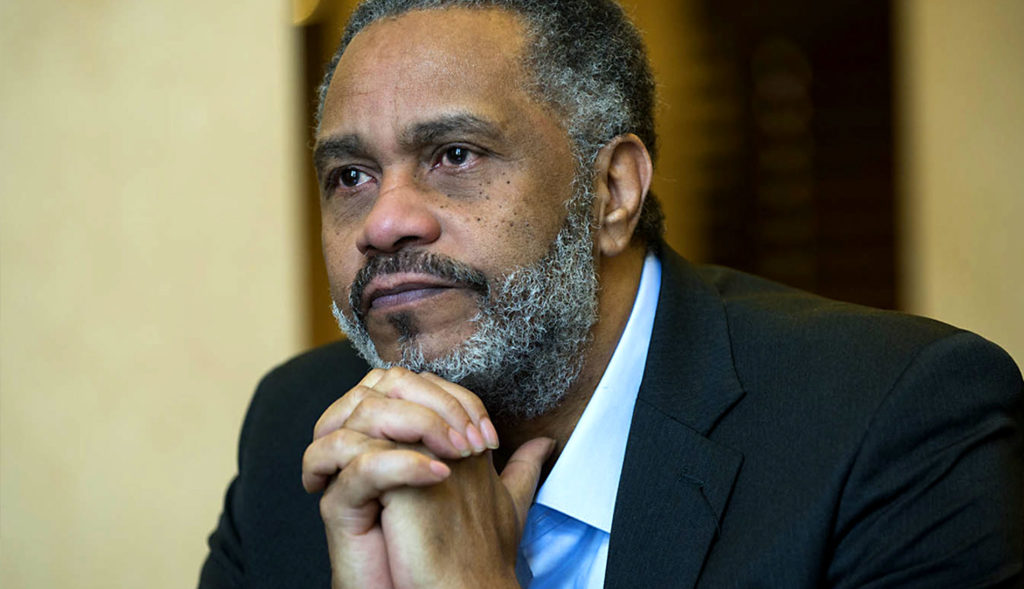 Anthony Ray Hinton walked out of the Jefferson County Jail in Birmingham, Alabama, a free man for the first time in 30 years at 9:30 a.m. on Friday, April 3, 2015.

“The sun does shine,” he said as he was embraced by family and friends.

The Sun Does Shine

Thirty years ago, Mr. Hinton was arrested and charged with two capital murders based solely on the assertion that a revolver taken from his mother’s home was the gun used in both murders and in a third uncharged crime.

Race, poverty, inadequate legal assistance, and prosecutorial indifference to innocence conspired to create a textbook example of injustice. I can’t think of a case that more urgently dramatizes the need for reform than what has happened to Anthony Ray Hinton.

EJI attorneys engaged three of the nation’s top firearms examiners who testified in 2002 that the revolver could not be matched to crime evidence. State prosecutors never questioned the new findings but nonetheless refused to re-examine the case or concede error.

After 12 more years of litigation, the U.S. Supreme Court reversed the lower courts, and a new trial was granted. The judge finally dismissed the charges after prosecutors said that scientists at the Alabama Department of Forensic Sciences tested the evidence and confirmed that the crime bullets cannot be matched to the Hinton weapon.

After 30 years in custody for crimes he did not commit, Mr. Hinton’s release is bittersweet. “We are thrilled that Mr. Hinton will finally be released because he has unnecessarily spent years on Alabama’s death row when evidence of his innocence was clearly presented,” said his lead attorney, Bryan Stevenson. “The refusal of state prosecutors to re-examine this case despite persuasive and reliable evidence of innocence is disappointing and troubling.”

Today, as EJI Community Educator, he’s a tireless and powerful advocate for abolition of the death penalty. 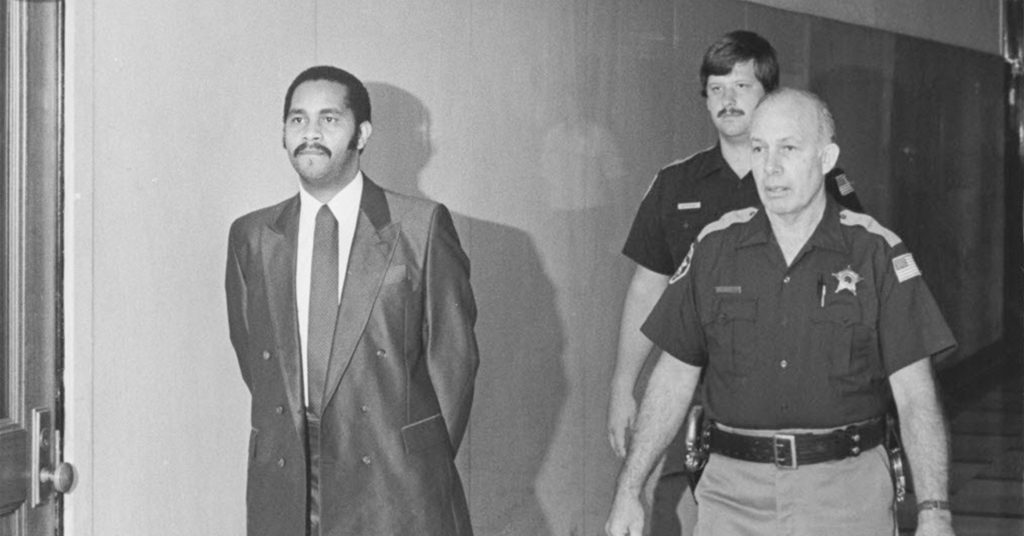 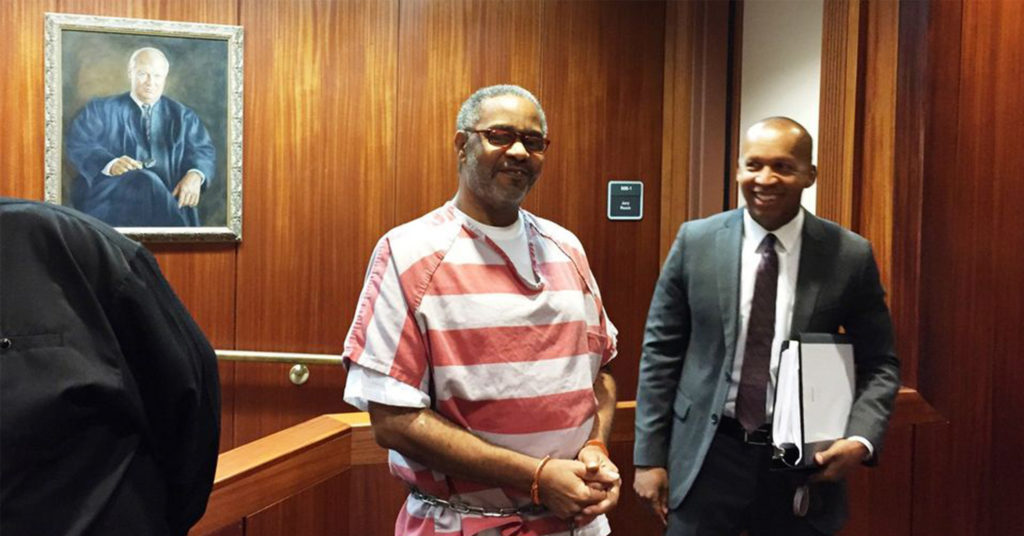 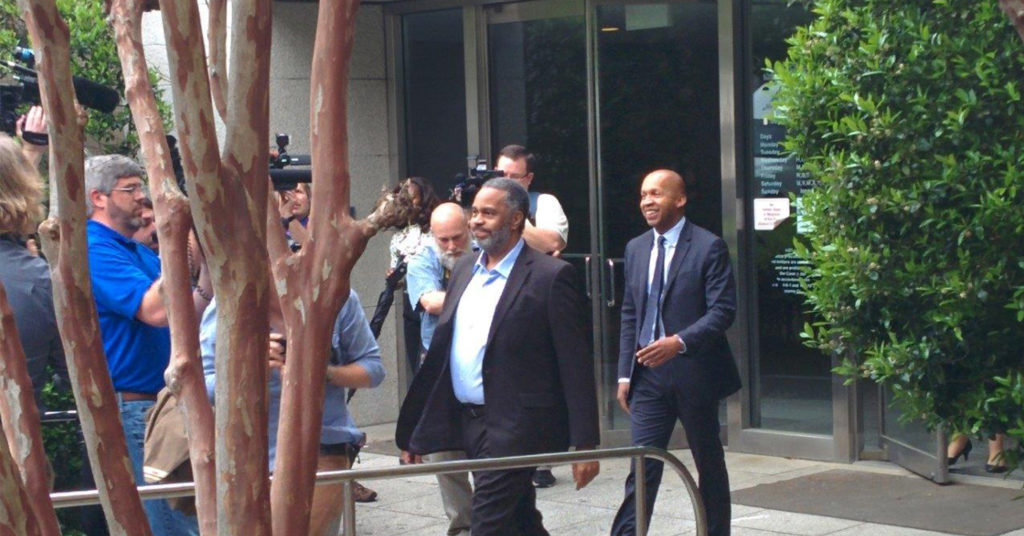 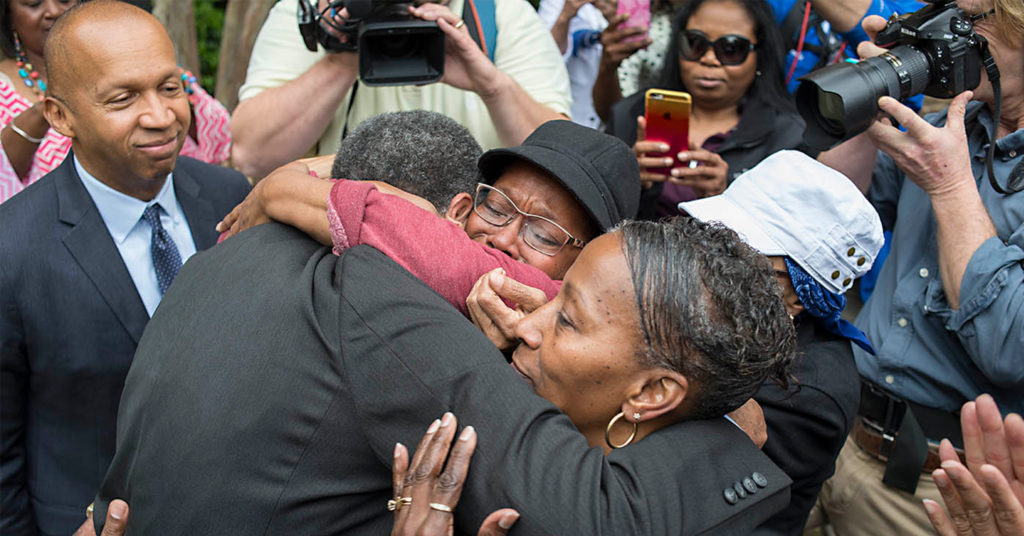 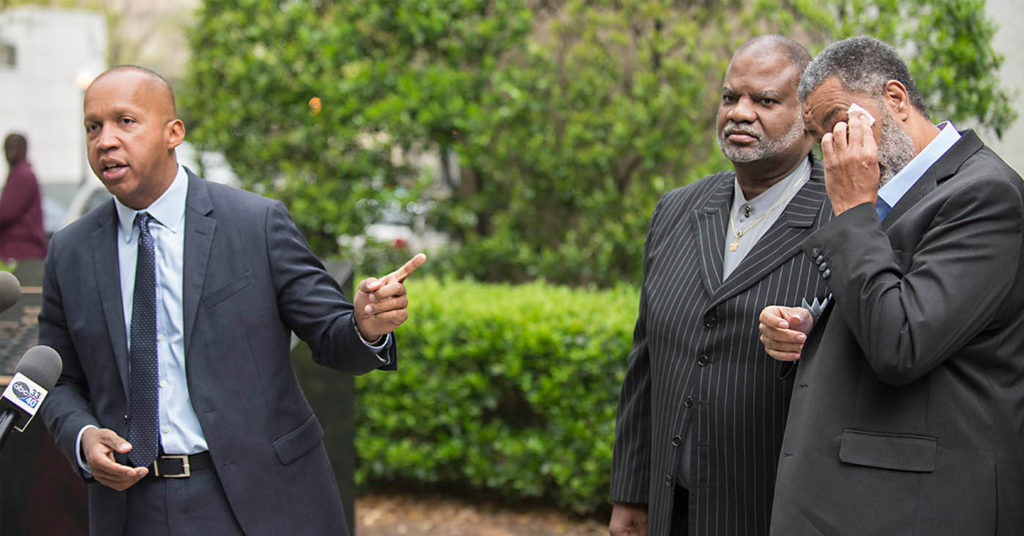 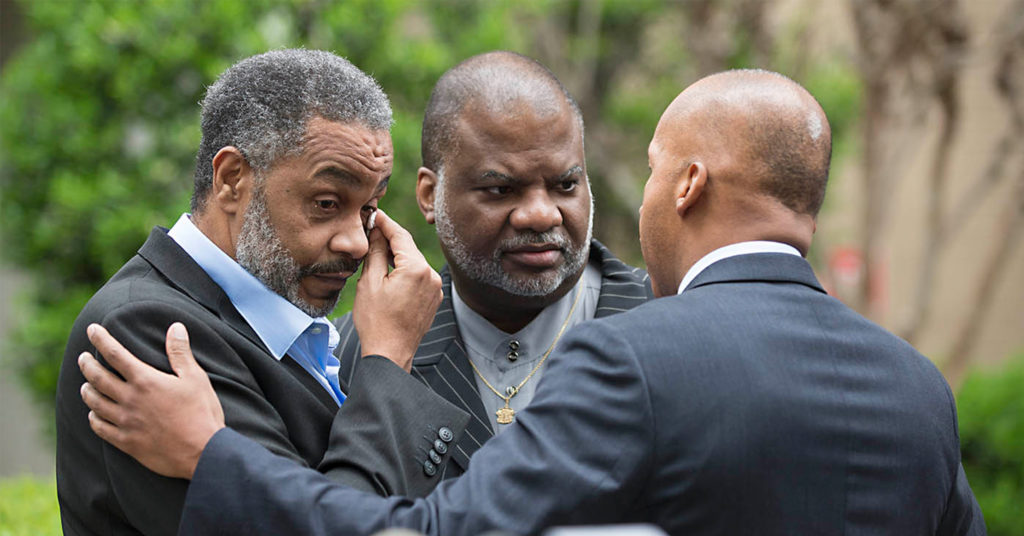 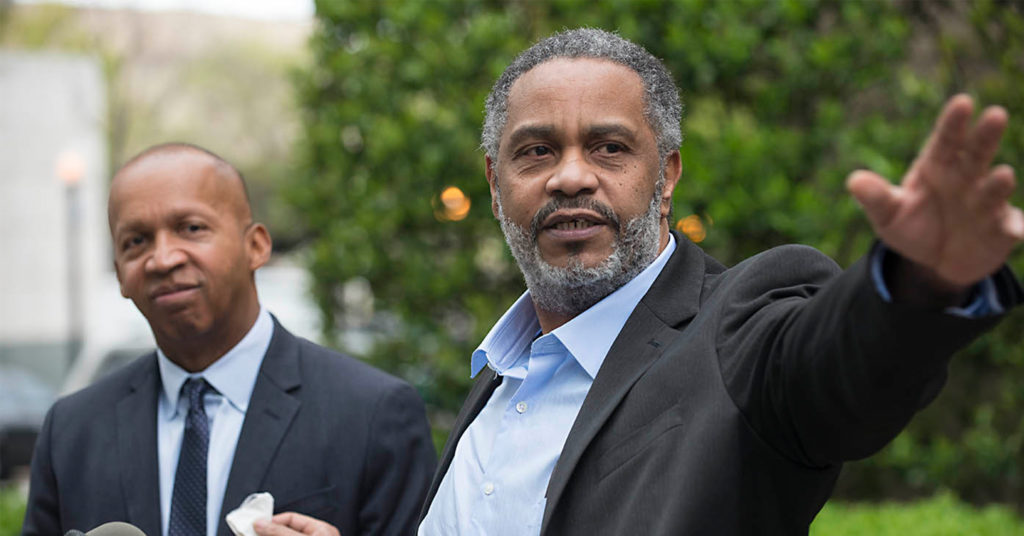 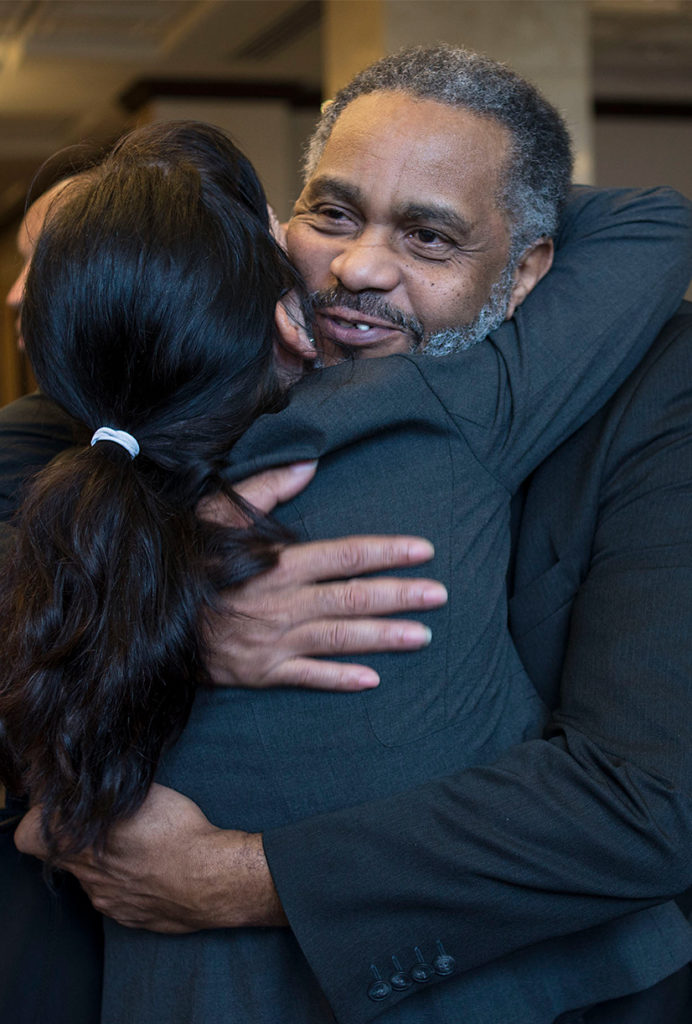 In 1985, two Birmingham area fast-food restaurants were robbed and the managers, John Davidson and Thomas Wayne Vason, were fatally shot. There were no eyewitnesses or fingerprint evidence; police had no suspects and pressure to solve the murders grew as similar crimes continued.

On July 25, 1985, a restaurant in Bessemer was robbed and the manager was shot but not seriously wounded. Anthony Hinton was arrested after the manager identified him from a photo lineup, even though he was working in a locked warehouse fifteen miles away at the time of the crime.

Police seized an old revolver belonging to Mr. Hinton’s mother, and state firearm examiners said that was the gun used in all three crimes. The prosecutor—who had a documented history of racial bias and said he could tell Mr. Hinton was guilty and “evil” solely from his appearance—told the court that the State’s experts’ asserted match between Mrs. Hinton’s gun and the bullets from all three crimes was the only evidence linking Mr. Hinton to the Davidson and Vason murders.

Anthony Hinton, 29 years old with no history of violent crime, steadfastly maintained his innocence. A polygraph test given by police exonerated him, but the judge (now-retired Circuit Judge James Garrett) refused to admit it at trial.

Mr. Hinton was appointed a lawyer who mistakenly thought he could not get enough money to hire a qualified firearms examiner. Instead, he retained a visually-impaired civil engineer with no expertise in firearms identification who admitted he could not operate the machinery necessary to examine the evidence. With no credible expert to challenge the State’s assertion of a match, Mr. Hinton was convicted and sentenced to death.

In 2014, the Supreme Court unanimously overturned his conviction based on his attorney’s deficient representation, and Jefferson County Circuit Court Judge Laura Petro ordered a new trial.

On February 24, 2014, the Supreme Court today unanimously granted relief to Anthony Hinton, finding that his trial lawyer was constitutionally deficient.

The State’s evidence of a match was wholly discredited by three highly qualified firearms examiners, including the former chief of the FBI’s firearm and toolmarks unit, who testified in 2002 that the bullets from all three crimes could not be matched to a single gun at all, much less to Mrs. Hinton’s gun, and found that her gun could not have fired the bullets from the third uncharged robbery.

For more than 15 years, EJI attorneys repeatedly asked state officials to re-examine the evidence in this case, but former Jefferson County District Attorney David Barber, and Attorneys General from Troy King to Luther Strange, all failed to do so.

I Spent 28 Years on Death Row

Taking One Minute at a Time

Learn more about the Death Penalty