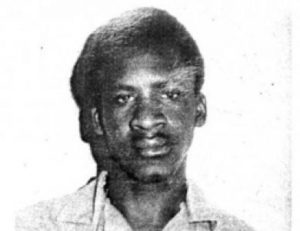 Mr. Bufford was convicted and sentenced to death in 1978 for the robbery-murder of former state senator and Wilcox County probate judge Roland Cooper, Jr.  On April 30, 1977, through an unofficial work release policy that permitted some private citizens in Wilcox County, Alabama, to “check out” prisoners to work at their private residences, 23-year-old Charles Bufford, who was serving a short sentence in the county jail for auto theft, was sent to work at the Cooper residence.  Later that evening, Mr. Bufford was arrested for drunk driving while driving Mr. Cooper’s car.  Mr. Cooper’s body was later discovered in his garden.  At trial in 1978, the State introduced a statement in which Mr. Bufford told police that he had drunk six beers, lost his temper when Mr. Cooper began to curse him for planting corn incorrectly, and hit Cooper on the head with a garden tool, but that Cooper was alive when Bufford left.  He was convicted of intentional killing during the course of a robbery on March 10, 1978, and sentenced to death on May 19, 1978.  On appeal, Mr. Bufford’s case was reversed and remanded for a new trial after Alabama’s death penalty statute was reformed.  At the retrial, the defense questioned a police officer about the destruction of a handwritten version of Mr. Bufford’s statement and argued that key portions of the statement had been left out of the typewritten version, including Mr. Bufford’s description of Cooper’s demeanor and actions.  After a two-hour deliberation, a Wilcox County jury acquitted Mr. Bufford of all charges on November 12, 1981, and he was released. 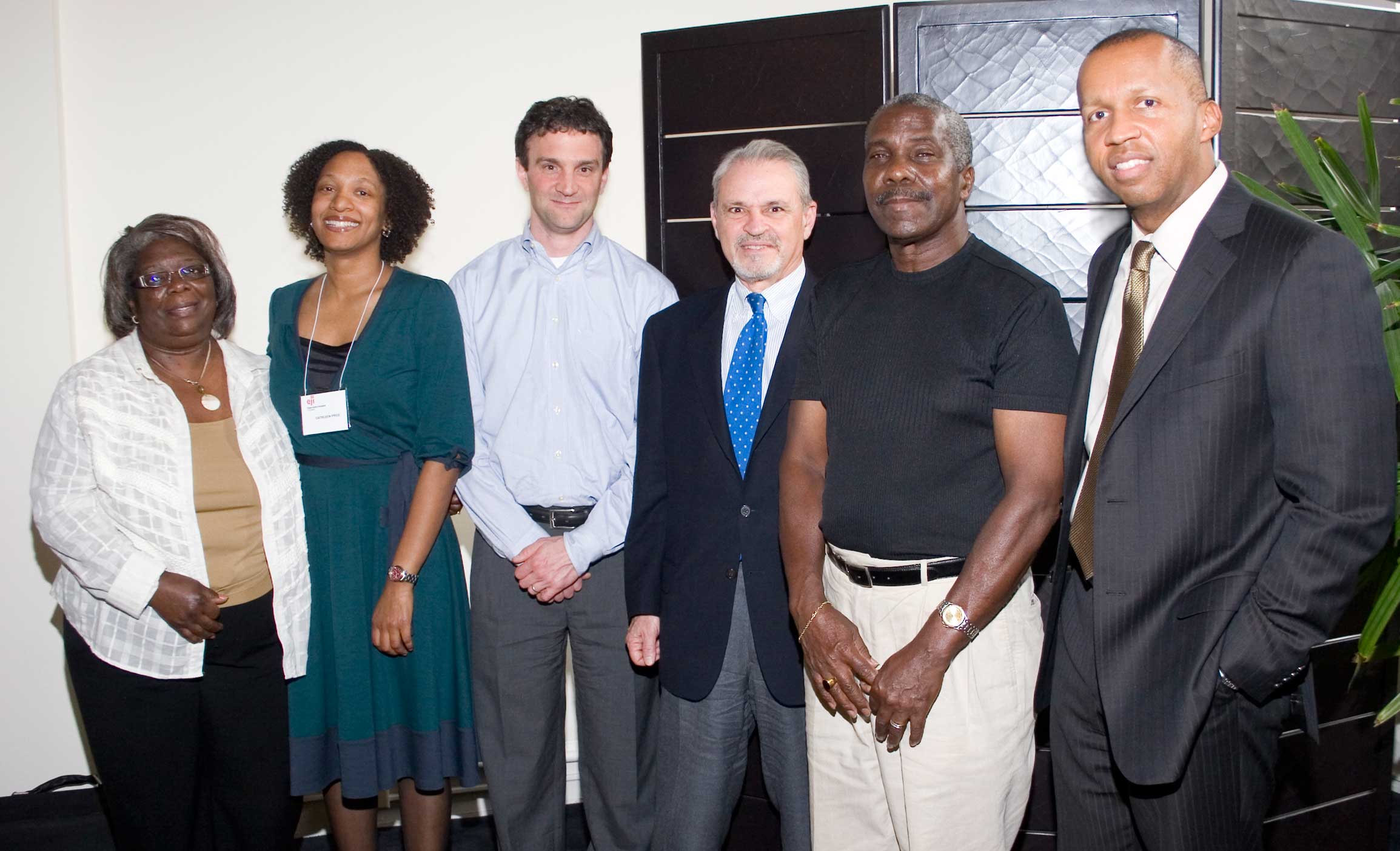 Mr. Cochran, who is Black, was accused of killing a white grocery store assistant manager in Jefferson County, Alabama.  He maintained his innocence throughout four trials and 21 years on death row.  The first trial ended in a mistrial.  The second resulted in a conviction and death sentence that were reversed when the United States Supreme Court struck down Alabama’s death penalty statute.  The third trial resulted in a conviction and death sentence that were reversed because prosecutors had illegally removed Black people from the jury.  At Mr. Cochran’s fourth trial – which was his first fair one – the jury acquitted him.  There were no eyewitnesses to the murder and it would have been impossible for Mr. Cochran to move the victim’s body under a trailer in a nearby mobile home park at the same time that he was being chased by police.  Mr. Cochran’s case is featured in the documentary film “Death in Dixie.” 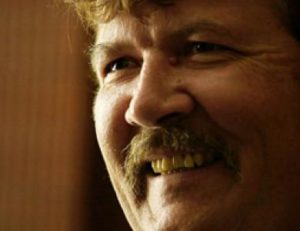 Mr. Drinkard was sentenced to death in Morgan County, Alabama, for the robbery-murder of a 65-year-old junk-yard dealer.  His appointed lawyers did not present evidence showing that Mr. Drinkard could not have committed the crime.  Mr. Drinkard’s conviction was overturned by the Alabama Supreme Court in 2000.  His new defense team invested hundreds of hours preparing for his second trial in 2001, where they proved that Mr. Drinkard was at home at the time the crime was committed.  He was acquitted.

Mr. Griffin was convicted and sentenced to death for the 1992 killing of Christopher Davis.  Two other men had been arrested for Davis’s murder and were indicted based on eyewitness testimony and other evidence.  One of them, Anthony Embry, pleaded guilty to murdering Davis and was sentenced to 20 years in prison.  The other, Falanda Miles, was acquitted.  The Davis murder case was closed, until Mr. Griffen pleaded guilty in 1996 to violations of the federal Racketeer Influence and Corrupt Organizations Act (RICO) in New York and entered an allocution in which he stated he had participated in Davis’s death.  Authorities in Alabama then exonerated Embry for Davis’s murder and initiated proceedings against Mr. Griffin.  At trial, Mr. Griffin was prohibited from presenting evidence that the State initially believed someone else committed the crime, including evidence that Embry admitted to the murder under oath in an Alabama court.  The Alabama Supreme Court reversed Mr. Griffin’s conviction and death sentence in 2000 because he was not allowed to present a defense.  Mr. Griffin was acquitted of the murder charges on re-trial. 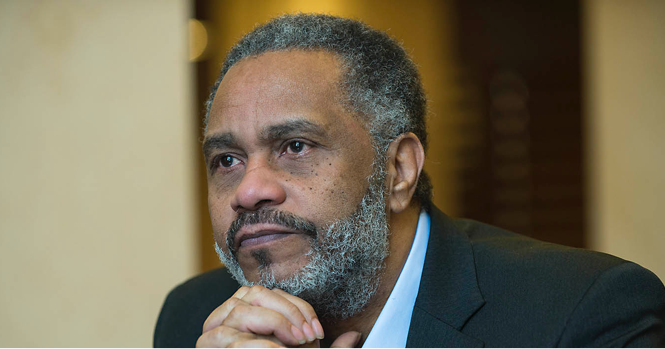 Mr. Hinton was 29 years old when he was arrested on July 31, 1985, and charged with two capital murders in Birmingham, Alabama, based solely on the assertion that a revolver taken from his mother’s home was the gun used in both murders and in a third uncharged crime.  EJI attorneys engaged three of the nation’s top firearms examiners, who testified in 2002 that the revolver could not be matched to crime evidence.  State prosecutors never questioned the new findings but refused to re-examine the case or concede error.  After 12 more years of litigation, the U.S. Supreme Court reversed the lower courts and a new trial was granted.  The trial judge finally dismissed the charges after prosecutors said that scientists at the Alabama Department of Forensic Scientists tested the evidence and confirmed that the crime bullets cannot be matched to the Hinton weapon.  Mr. Hinton was released on April 3, 2015, after 29 years, 8 months, incarcerated for crimes he did not commit. 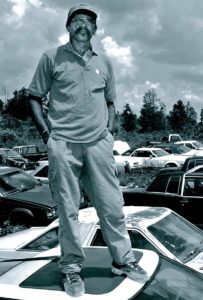 Mr. McMillian, who is Black, was convicted and sentenced to death for the murder of a young white woman who worked as a clerk in a dry clearing store in Monroeville, Alabama.  Mr. McMillian was held on Death Row prior to being convicted and sentenced to death.  His trial lasted only a day and a half.  Three witnesses testified against Mr. McMillian and the jury ignored multiple alibi witnesses, who were Black, who testified that he was at a church fish fry at the time of the crime.  The trial judge overrode the jury’s sentencing verdict for life and sentenced Mr. McMillian to death.  EJI’s Bryan Stevenson took on the case in postconviction, where he showed that the State’s witnesses had lied on the stand and the prosecution had illegally suppressed exculpatory evidence.  Mr. McMillian’s conviction was overturned by the Alabama Court of Criminal Appeals in 1993 and prosecutors agreed the case had been mishandled.  The case was profiled on “60 Minutes” and is the subject of a 1996 book by Pete Earley entitled “Circumstantial Evidence.”

Daniel Moore was convicted of capital murder in November 2002 and sentenced to death when the trial judge overrode the jury’s life verdict. After it became clear that a lawyer from the Attorney General’s office had lied to the judge and suppressed evidence that should have been turned over to the defense, Mr. Moore was granted a new trial, which ended in a mistrial. Prosecutors continued to withhold evidence favorable to Mr. Moore while pursuing a third trial. The jury in his third trial acquitted Mr. Moore of four counts of capital murder and intentional murder. 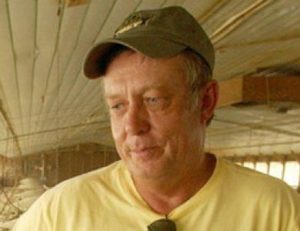 Randall Padgett was convicted on the basis of DNA evidence and sentenced to death in 1992 for the rape and murder of his estranged wife.  In 1995, the Alabama Court of Criminal Appeals overturned his conviction because the State had suppressed exculpatory blood-typing evidence.  Mr. Padgett was acquitted of all charges at a re-trial in 1997, where the defense presented evidence pointing to a third person as the perpetrator.  Since his release, Mr. Padgett has spoken out about his experience with the criminal justice system and about the flaws in Alabama’s death penalty system. 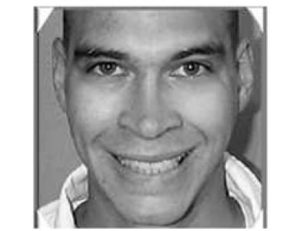 Mr. Quick’s first trial for the capital murder of two teenagers in Jefferson County ended in a mistrial due to juror misconduct.  He was convicted and sentenced to death in 1997 after a second trial, where his defense lawyer was not allowed to impeach the state’s witness with prior inconsistent statements from the first trial.  The Alabama Court of Criminal Appeals reversed Mr. Quick’s conviction and sentence, and he was acquitted on retrial in 2003 after he testified that he did not commit the murders but was at the scene and saw the State’s star witness kill the teenagers.